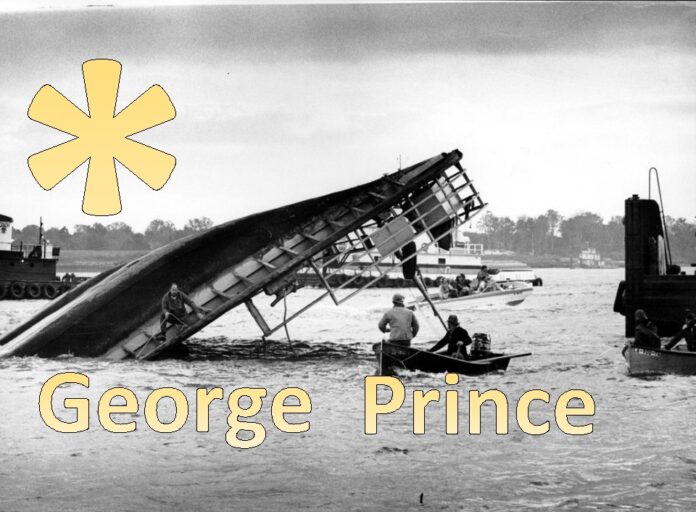 (www.MaritimeCyprus.com) On 20 October 1976, the ferryÂ George PrinceÂ sank in theÂ Mississippi River near Luling, Louisiana following a collision with the tankshipÂ Frosta. Of the 94 persons on the ferry, 76 died, including the pilot. The USCGÂ investigationÂ states that the ferry departed its moorings at Luling for a routine nighttimeÂ crossing to Destrehan on the west bank. Unusually, it sounded no signÂ al of itsÂ departure and did not proceed upstream prior to crossing, but headed straightÂ across the navigable channel. Frosta was upbound with a pilot on board.

Frostaâ€™s pilot observed the ferry and called several times on the radiotelephone with no response. As the vessels closed, Frostaâ€™s pilot sounded signals, but received no response. Shortly before collision, Frostaâ€™s pilot ordered back full, but collision could not be avoided by that time. George Prince was hit amidships on its port side and capsized. Analysis later determined that the George Prince pilot had a blood-alcohol level of 0.9. Subsequently, the maximum blood-alcoholl levelfor mariners in safety positions has been lowered to 0.4 and the rules of the road have been changed to make it clear that vessels crossing a river must give way to vessels transiting upstream or downstream.