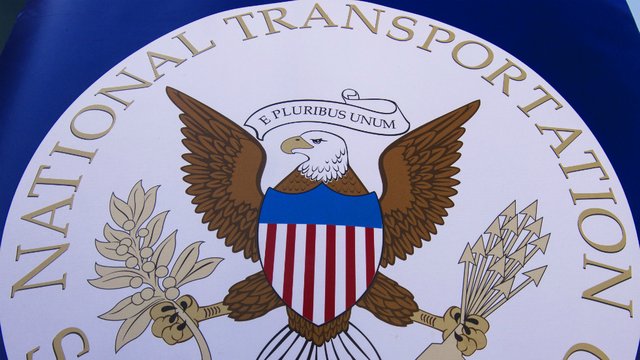 (www.MaritimeCyprus.com) It is critical that companies carefully navigate their activities with the National Transportation Safety Board (NTSB) during the first 24 to 48 hours after an incident. That is not the time to learn about how the NTSB conducts accident investigations. This article provides companies with an overview of NTSB investigations.

The NTSB has five members who are each appointed by the president and confirmed by the Senate for five-year terms. It has approximately 420 employees and annually investigates approximately 2,000 aviation accidents and approximately 500 major accidents or incidents involving other modes of transport, including pipelines transporting hazardous materials. The NTSB notes that more than 80% of its accident-related safety recommendations are acted on favorably.

Which accidents does the NTSB investigate?

The NTSB is mandated to investigate all aviation accidents and significant marine, rail, highway and pipeline accidents. The NTSB considers the scope of the incident (ie, the number of fatalities and injuries and the amount of property damage) and whether an NTSB investigation is likely to generate meaningful recommendations.

When a decision is made to launch a major investigation, the investigative 'go team' strives to launch within two hours of the decision to investigate. This team is led by an investigator-in-charge (IIC). Other participants include:

While the NTSB conducts vigorous investigations and issues factual findings and opinions as to probable cause, their focus is less on the specific incident that triggered the accident than how to prevent future accidents from occurring. Attention is frequently placed on how to reduce the likelihood of future accidents by assessing organisational issues, risk management and changes in overall safety culture. With that in mind, the scope of an NTSB investigation is typically much broader than any litigation concerning a specific accident.

'Party' system: selfless cooperation or fox in the henhouse?

The NTSB invites entities involved in the calamities it is investigating that appear to be able to provide first-hand technical assistance to be 'parties' to the investigation. The same investigative process is used by the NTSB for aviation, rail, marine, highway and pipeline accidents. It allows the NTSB to leverage its small staff while obtaining unfettered cooperation and resources of those most closely involved in the calamity. This is a routine part of the NTSB investigation process and has served the NTSB well for over 50 years. There is no other way such a small agency could investigate so many accidents. Further, the cooperation demanded, and almost universally received, from parties provides the NTSB with broad, up-to-date technical assistance that would be difficult to duplicate regardless of agency size or budget.

However, the process is not without controversy. Those injured and the families of those killed may perceive the parties (ie, future defendants) as being in a position to influence NTSB findings. This can become a cause of frustration because the NTSB will not allow the involved individuals to participate as parties either directly or via their own paid outside experts.

For this and other reasons, NTSB investigators are trained to trust but verify. They work hard to ensure that any information provided by a party is substantiated through documentation or multi-source testimony. If this cannot be done to their satisfaction, references to such information is often predicated in any reports by "According to [Party]" caveats.

Burdens and advantages of being a party to the investigation

Historically, transport providers, manufacturers and pipeline operators have almost always decided that the advantages of becoming a party outweigh the burdens. However, each matter should be individually evaluated, even if only to provide solace when the burdens present themselves.

Active party-to-the-investigation participation will provide an opportunity to keep the factual foundation, on which the NTSB will predicate its findings, purely factual. This is important. No one knows as much about a company's system and operations than the company itself. Active participation is also the quickest way to enact corrective measures.

Additional benefits include the ability to:

However, there are significant disadvantages. Parties:

Parties are prohibited from disclosing NTSB investigative information without the NTSB's permission until the NTSB opens its public docket for the investigation. However, unfortunately, NTSB investigations never take place in a vacuum. There are always stakeholders clamouring for information. These may include:

The longer an investigation takes, the more likely these stakeholders will find themselves wrestling with the NTSB or parties to NTSB investigations regarding the scope and duration of the prohibition on the release of investigative information.

As investigations approach completion of the factual phase, the need for a prohibition on disclosures of 100% of the investigative information is frequently diminished. Also, many months into an investigation, information often finds its way into the public domain through channels other than party disclosures, arguably making the confidentiality of that information moot.

Often there is an urgent need for a party to understand how and why an accident happened so that it can take corrective measures without waiting 12 or more months for the NTSB to issue its accident report. This urgent need gives rise to a safety-need-to-know exception that allows a party coordinator to share some information internally (but carefully). Those with whom NTSB accident information is shared must understand the party obligations and should not disclose the information further, except on a safety-need-to know basis, with the understanding of the party coordinator and a further pledge to maintain party confidentiality.

In the event that a transport provider, manufacturer or pipeline operator decides to change a policy or procedure as a result of the accident, NTSB regulations require that the NTSB IIC be advised.

What is the general timeline?

The NTSB strives to complete its major investigations within 12 months. Historically, it has done well adhering to this goal for aviation, rail, marine and highway accidents. Investigations of pipeline accidents have averaged 24 months or more.

What to expect and when to expect it – substantively and procedurally

The NTSB will be on scene for five to 10 days, during which time it will focus its investigation efforts on preserving perishable evidence. This will involve examining the site, harvesting pictures, documents and information and interviewing those directly involved along with other possible witnesses. This activity culminates with the parties vetting and signing off on the NTSB field notes.

The factual phase of the investigation concludes with the vetting of draft factual reports of the several NTSB working groups and the ultimate sign-off of the reports by the parties.

The analytic phase of the investigation then commences and may last between six and 12 months.

While there are often sporadic requests for more documents and information, party participation with the investigative team radically diminishes during this phase.

A party may file a petition for reconsideration if or when new material evidence is found or if a showing can be made that a finding, probable cause or recommendation is based on clear error. There is no deadline to file such a petition.

Most critical events – when can companies make a difference?

The most critical events at which a transport provider, manufacturer or pipeline operator can make a difference as a party are:

At the same time, it is critically important to be an active party participant throughout the process by: