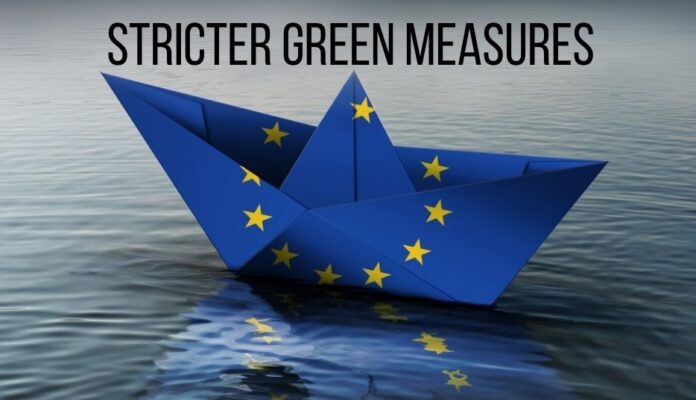 (www.MaritimeCyprus.com) ECSA expresses its regret to a decision of the European Parliament, to draft a proposal to include shipping under the EU’s Emission Trading System (EU ETS). This proposal has been put forward before a thorough impact assessment had been carried out, and under an unrelated piece of the legislation on the emissions monitoring system - the EU MRV.

The proposal aims to pre-empt the conclusions of the European Commission’s impact assessment study and undermines the ongoing negotiations at the UN International Maritime Organisation. The move risks introducing sub-optimal environmental regulations at the EU level, contributing to a regulatory patchwork and an increased fragmentation at the international level.

A recent study about the implications of the EU ETS on international shipping found that such a measure would undermine the international negotiations to implement the IMO’s Initial Strategy on Reduction of GHG Emissions from Ships and would increase political tension with third countries, potentially leading to trade disputes. Another essential finding relates to the administrative burden and associated costs especially for small and medium-sized enterprises (SMEs), which accounts for the majority of shipping companies. The use of the revenues is another critical point: depending on the final set-up, the revenues from the EU ETS would most likely not support efficiency projects and, in that case, it would not facilitate the energy transition of the sector.

The shipping industry is fully committed to eradicating its GHG emissions completely, in line with the ambitious targets set in the initial IMO GHG strategy concluded in 2018. The IMO Strategy includes a target to cut total GHG emissions from international shipping by at least 50% by 2050 (compared to 2008). This implies that new builds will already have to be carbon-free in 2030. It also sets up a carbon intensity target for international shipping, i.e. to reduce CO2 emissions per transport work by at least 40% by 2030 towards 70% by 2050, compared to 2008. Among other measures, the IMO Strategy may also develop a global market-based measure to help deliver the agreed targets.

"The whole European shipping is fully committed to decarbonization and stands behind the EU's bold ambition to become the world's first carbon-neutral continent. In our opinion, imposing any regulatory measures without measuring the impact on shipping is not prudent. Regional measures have been criticized for undermining global negotiations at UN IMO level and may slow down or even reverse the progress that has already been made," remarked Martin Dorsman, ECSA Secretary-General.

"We trust that the Council will put on hold any proposals until a thorough and comprehensive impact assessment is carried out. Any decision that will be taken has to truly work and actually deliver results," he continued.

Click below to download the study "Implications of application of the EU Emissions Trading System (ETS) to international shipping, and potential benefits of alternative Market-Based Measures (MBMs)". 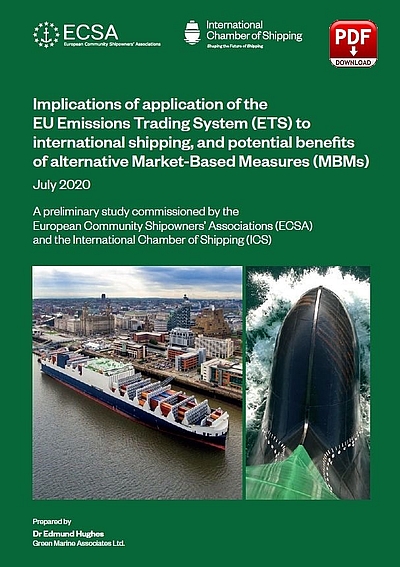