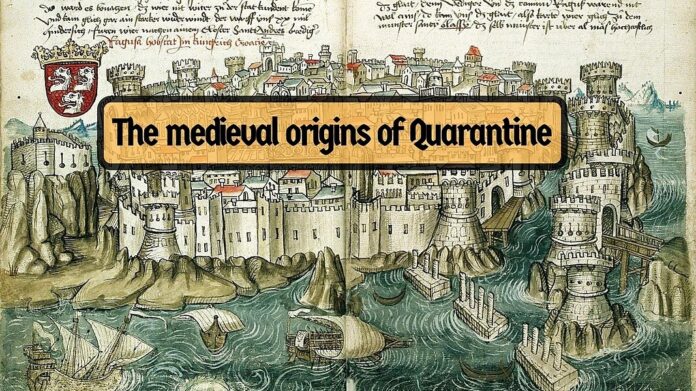 (www.MaritimeCyprus.com) Thanks to the coronavirus, the word “quarantine” is popping up with increased frequency in news reports and daily conversations. But where does the word come from?

The term derives from “quaranta giorni,” meaning 40 days, and traces back to the 14th century when the city of Dubrovnik, now in Croatia, was under Venetian rule. The Great Pestilence, or the Great Plague, as it was known at the time, was devastating Europe. As a form of protection, Dubrovnik declared that all ships and people had to be isolated for 40 days before entering the city. Later, the disease would be referred to as the Black Death — probably because of the gloom it brought, although some theorize that the “black” referred to the terrible dark bruising of the skin due to internal bleeding, a hallmark of the disease. 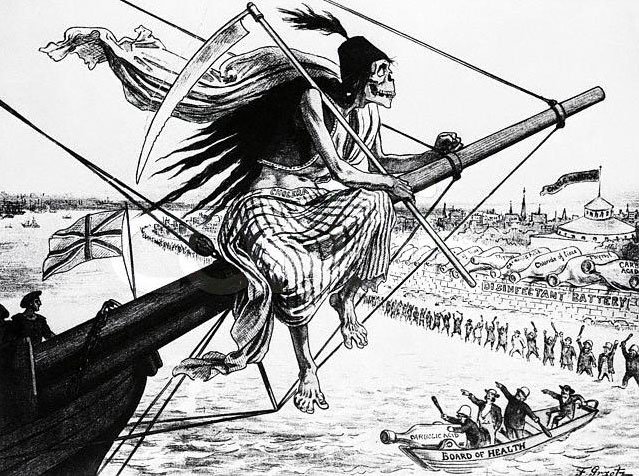 Between 1345 and 1360, the plague wiped out roughly half of Europe’s population. The cause was unknown, but it was clear that the disease was contagious. Once it took hold, it spread like wildfire. In Milan, doctors advised that victims should be walled up in their homes along with healthy family members — a measure that apparently worked since Milan had the lowest death rate from the plague in all of Italy.

It would not be until 1894 that Alexandre Yersin of France’s Pasteur Institute would identify a bacterium as the causative agent while investigating an outbreak of the plague in Hong Kong. The bacterium, eventually named Yersinia pestis in his honour, is thought to have originated in Asia, where it found a hospitable environment in fleas, which would readily transmit it through their bites. Since fleas infested rats and mice, rodents that were regular passengers on ships, the disease spread throughout the Mediterranean and Europe.

Infection with the bacterium can take several forms, with “bubonic plague” being the most notorious. This term originates from the Greek for “groin,” due to the characteristic swellings of the lymph glands particularly in the groin, an area close to the legs, where flea bites are most likely to occur. In “septicemic” and “pneumonic plague,” bacteria enter the bloodstream and can be transmitted from person to person, especially though the coughing associated with pneumonic plague.

When science fails to find an explanation for a phenomenon, superstition and quackery rush in to fill the void. And there certainly was no scientific explanation for the plague in the 14th century. The Church decreed that the Black Death was punishment for human sin. Lepers, because of their outward signs that resembled the plague, were blamed, as were astrological alignments and volcanic eruptions.

“Flagellants” believed God’s punishment could be avoided by stripping to the waist and whipping themselves as they marched from town to town. Jews were also targeted, accused of poisoning wells. Many Jewish communities in Europe were exterminated in hopes of bringing an end to the plague. In Cologne, thousands of Jews were burned alive after being accused of starting the plague. Black cats also became victims. They were thought to be witches in an animal form, casting their spell on the population. Since cats were a natural enemy of the disease-carrying rats, hunting them actually increased the spread of the plague.

As far as treatments went, there were none. Since the plague was often accompanied by a terrible smell, people walked around with flowers under their noses hoping to ward off the stench and the disease. This, of course, did nothing. Neither did the burning of aromatic woods to purify the atmosphere. Other attempts to remedy the “bad air” included the ringing of bells and the firing of guns. Birds were released indoors so that the flapping of their wings would break up the pestilence. Bathing was thought to be dangerous, as was the consumption of olive oil. And one of the most bizarre pieces of advice given to men was that if they valued their lives, they must preserve their chastity. Apparently no such advice was given to women. 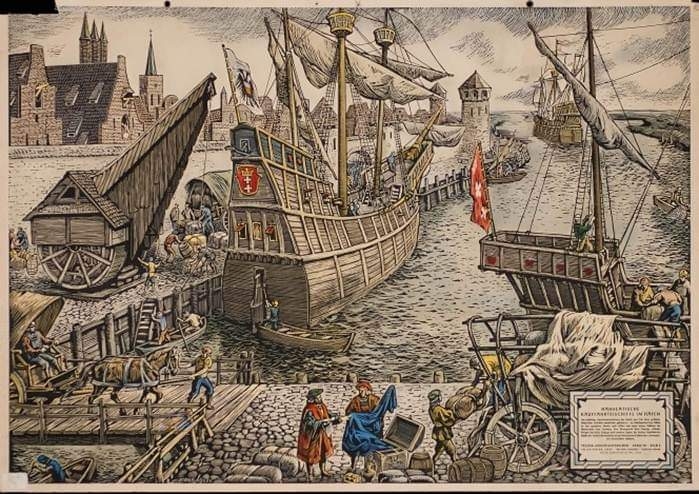 The belief that pleasant smells were of some help persisted through the 17th century when the Great Plague once again terrified Londoners. The classic children’s rhyme about a “pocketful of posies” dates back to that time. Posies were flowers, but as the lyrics indicate, they did not do much good against the “ring of rosies,” the rose-coloured rash in the form of a ring around flea bites. The outcome of the disease was clear: “Atishoo, atishoo, we all fall down.” And some 100,000 citizens of London did.

Holding garlic in the mouth, swishing vinegar or burning sulphur to get rid of the “bad air” did no good. Smoking was also thought to be protective, and even children were forced to smoke tobacco, with threats of being whipped if they didn’t.

Cases of the plague still occur today, but they are rare. The first effective treatment appeared in 1932 with the advent of the sulphonamide drugs, but today the standard treatment is in the form of such antibiotics as streptomycin, chloramphenicol, tetracycline and the fluoroquinolones.

Unfortunately, the possibility of using the bacterium as a form of biological warfare exists. Indeed, recognition of the contagious nature of the plague resulted in the first example of biological warfare in 1347, when in an attack on the Crimean city of Caffa, the Mongols catapulted the bodies of plague victims over the city walls. More recently, in 1940, a Japanese plane dropped a load of infected rat fleas over a Chinese town, causing a local plague. Today, stories circulate about various countries having developed strains of the bacterium that are resistant to all drugs as bacterial warfare agents.

As far as the Ebola virus goes, quarantine is the most effective way to halt its spread. History has shown that 21 days of quarantine after exposure to an infected person is sufficient, that being the incubation period for the disease. If no symptoms appear after this period, there is no worry about the infection being passed on. It appears that contagion occurs only when symptoms are present. This may not be the case for the coronavirus. It seems that the virus can be transmitted even before symptoms appear, so at this point the extent to which the virus will spread is unpredictable. Which is why quarantine is being imposed on those who have had possible exposure.