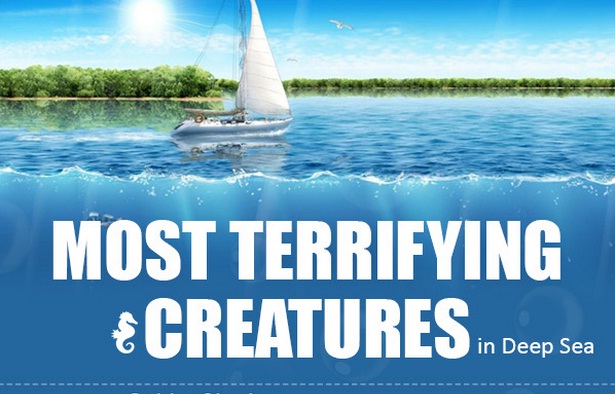 (www.MaritimeCyprus.com) Humans are always afraid of the unseen and the same is true for all the other species on the planet as well. This is the reason why humans are fearful of many creatures which live under the sea and we get terrified when we think of sharks and whales.

But other than sharks and whales, there are many other species of underwater animals which are quite terrifying because of their killing abilities and their attacking style. The goblin shark is one such terrifying creature that resides in the deep sea and has a body length of 5.4-6.2 meters.

Fangtooth is another underwater creature which is found about 5000 m down the sea and is scary enough to terrify humans and other underwater animals. Another sea animal which can scare anybody very easily because of its ferocity and attacking skills is Black Swallower.

This creature can be found 700-2745 meters deep down the sea and is 0.25 meters in length. Even the Viperfish is known for the terror it is capable of spreading when it is in the attacking mood. Some other terrifying creature in the deep sea are megamouth shark, Blue-ringed Octopus, Rattail, Barreleye, marine hatchet fish and Snaggletooth shark.

Watch below the 10 most Dangerous Ocean Creatures