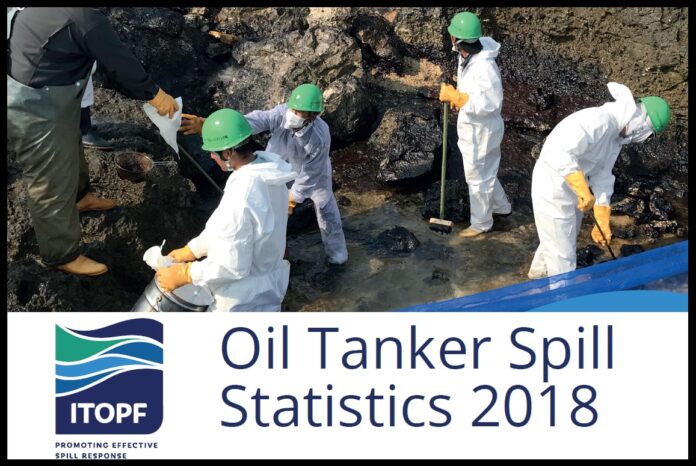 (www.MaritimeCyprus.com) For close to five decades, the frequency of oil spills from tankers has shown a progressive downward trend. The average number of spills of 7 tonnes or more is now about six per year, from a high of 79 in the 1970s. The yearly average for large spills, i.e. greater than 700 tonnes, has also reduced from around 25 in the 1970s to less than two since 2010.

The number of oil spills involving tankers remains low despite a general increase in oil trading over the years and tanker owners and governments continue to work together to improve safety and standards of operations in seaborne oil transportation.

The first large spill occurred early in the new year when a tanker collided with another vessel resulting in a fire/explosion and consequently sank in the East China Sea. The second incident involved a tanker which sank in the Persian Gulf with over 1000 tonnes of cargo on board. The third large spill occurred late in the year when a tanker collided with another tanker in China resulting in a spill of oil cargo.

The total volume of oil lost to the environment recorded in 2018 was approximately 116,000 tonnes, the majority of which can be attributed to the incident involving the MT SANCHI that occurred in the East China Sea. This annual quantity is the largest recorded in 24 years.

Over the last 49 years, statistics for spills greater than 7 tonnes from tankers show a marked downward trend as illustrated below.