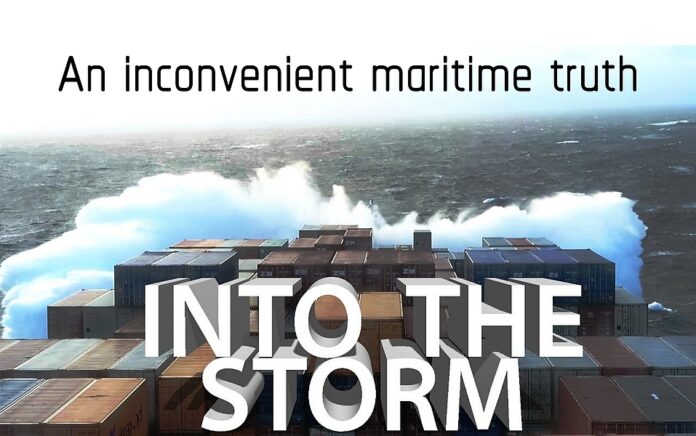 (www.MaritimeCyprus.com) Back in 2006, the famous documentary film starring former US Vice President Al Gore described global warming as “an inconvenient truth”. More than a decade later, the maritime industry might soon find this climate development living up to its movie-assigned name, given that a new report from the UK’s Ministry of Defense forecasts disruption to shipping on the horizon as a result of it.

According to the Sixth Edition of Global Strategic Trends: The Future Starts Today, influence from humans on the climate system will have consequences over the next three decades that are “far-reaching”. Storms, heavy rainfall, heatwaves, droughts and floods are anticipated to become more intense and potentially more regular, and trade and transport routes, including chokepoints like the Panama Canal, will likely be disrupted, impacting world markets and supply chains. The impact of climate change on maritime choke-points could also disrupt international trade and security of supplies and exacerbate geopolitical tensions. Shipping will be disrupted by sea level rises, longer periods of heavy rain and increasingly-intense storms, and aside from disrupting maritime transport, more intense rainfall periods, increasingly-intense storms and an increase in the sea level are anticipated to damage infrastructure, disrupt major trade routes, increase the frequency of port closures, lower the speed of passages and require route alterations.

The report argues that by 2050, shipments of raw materials will likely double to western economies and quadruple to other regions, while world freight trade could grow between 330% and 380%. It also claims that technology is likely to reduce the cost of shipping and that automatic systems will probably become common in the maritime world. However, the study additionally notes the potential serious effect of climate change on commonly-shipped dry bulk commodities.Though the report says that food and water demand will go up, water shortages will likely become more widespread and some crops will fail. The study goes on to note that although better water supply management and agriculture improvements (notably by harnessing technology) could meet growing water and food demands, this will need action and investment. The report also forecasts energy and mineral resources demand to go up, saying that shortages can be anticipated, with some countries potentially deliberately hoarding supplies. Though technological advances will likely open up new sources, improve recycling and facilitate more renewable energy exploitation, disputes and competition could lead to conflict.

Shipping will be disrupted by sea level rises, longer periods of heavy rain and increasingly-intense storms

“Just eight crops provide 74.2% of the calories eaten by people: maize (20.4%), wheat (18.4%), rice (15.5%), palm oil (6.2%), soya (5.7%), barley (4.4%), sugar cane (3.6%) and potatoes (2.0%),” it says. “Dependence on such a small number of crops could be a critical vulnerability should one of them fail, particularly since most are produced in just five main areas or ‘breadbaskets’: Latin America (soya and sugar cane), Midwestern United States (soya and maize), Europe (wheat), Asia (rice) and Southeast Asia (palm oil). The impact of climate change may increase the probability of simultaneous ‘breadbasket’ failures, with the potential for devastating impacts on the global food market.”

According to the report, the melting of polar ice will likely offer new and shorter sea routes through the Arctic. Yet, the shipping increase in Arctic waters resulting from melting sea ice will likely lead to a growth in maritime crime, including smuggling. Despite the melting sea ice, Arctic waters will continue to be a challenging environment that will need specialist and thus expensive shipping.

In general, maritime activity will likely continue to be troubled by piracy, smuggling and human trafficking, according to the report. “The number of illegal maritime incidents has grown since the mid-1990s, a trend that is likely to continue,” the report explains. “The effects of climate change (including flooding and storm damage) and disruption to fisheries are likely to be destabilizing to coastal communities in developing countries, which may lead to an increase in piracy and associated disruption to trade routes. As maritime traffic becomes increasingly reliant on automated technology and inter-connectivity, cyber-attacks on shipping (and maritime infrastructure) can also be expected.”

In the UK Ministry of Defense’s view, the International Maritime Organization (IMO) and the United Nations Convention on the Law of the Sea (UNCLOS) will likely provide the seas’ governance framework, but tensions will continue in certain areas, in particular over disputed claims and resource access — notably in the South China Sea and East China Sea.

“These will require careful monitoring and management to avoid escalation and conflict, which would disrupt free and open access to sea lanes and marine resources, thereby hindering more general international economic and political co-operation,” the report adds. “UNCLOS is also likely to be tested by disagreements on deep-sea mining and contested claims of ownership. The IMO will need to modify regulations in response to advances in technology — for example, automated shipping and new energy-efficient means of propulsion (such as solar power or modern sails).”

Earlier this month, it was reported that Norfolk Naval Shipyard in the US is facing “its greatest existential threat: rising seas and extreme weather driven by climate change”. Given this indication of what’s to come, plus the UK Ministry of Defence report’s prediction as to shipping’s future, should the climate change discussion be stepped up a notch at an international level?