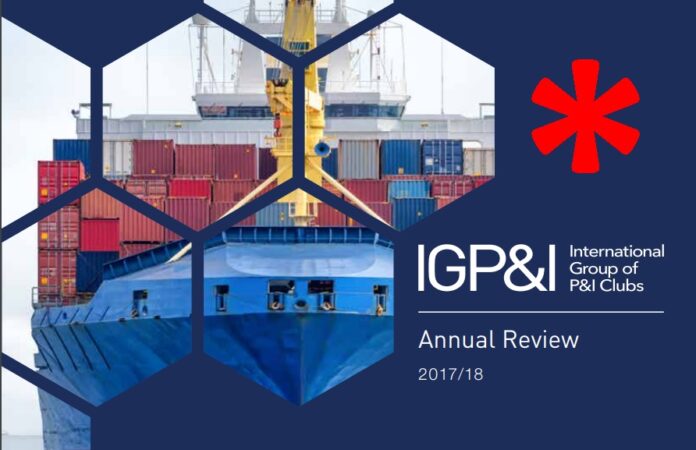 (www.MaritimeCyprus.com) The International Group (IG) has made available their Annual Review which reports on several maritime issues and on the Group’s activities over the past year.

Reinsurance cost down Another increase in Group-entered tonnage, and a fourth year of savings in the cost of the Group reinsurance purchase, albeit more modest than in recent years, were among the notable and welcome features of 2017/18 for the Group clubs and their shipowner members.

The freight markets have experienced a modest upward trend in the year to July 2018, with the ClarkSea index rising to just under US $12,300 from below US $10,000 a year ago. Liner and Capesize rates have shown the most significant improvements by sector, but challenging times persist with volatility in all sectors. Seaborne trade, however, continues to grow (2017 just over 4% and 2018 forecast 3.2%) with predictions of increased growth in all trade sectors.

With “Brexit Day” on 29 March 2019 rapidly approaching, and in the absence of any progress or UK/EU assurances regarding continuation of the current “passporting” arrangements, and recognizing the limitations of WTO crossborder trade arrangements in relation to clubs continuing to service their EU members, all 6 UK-regulated Group clubs are well advanced in setting up EU regulated entities within various EU member states. This will enable them to provide continuity of service to their EU domiciled members post-Brexit. Similarly, those clubs which are not UK regulated, but which write business in the UK, are seeking regulatory approval to facilitate the continuation of such business after 29 March 2019.

For more details, click below image to view full report.