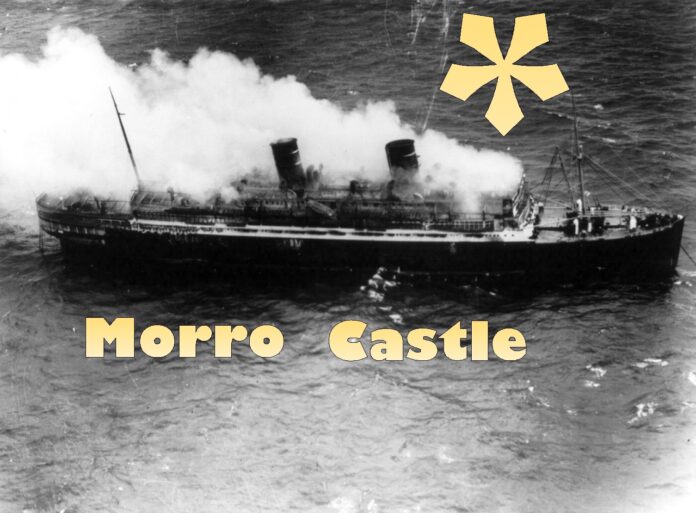 (www.MaritimeCyprus.com) The passenger/cargo ship SS Morro Castle caught fire and burned on 8 September 1934, while on a voyage from Havana, Cuba to New York. The origin of the fire was never conclusively determined.

The master had died in his sleep the previous night of an apparent heart attack.

The fire was detected in the First Class Writing Room at about 3 a.m. It spread rapidly through the extensive wood used in construction of the passenger spaces.

The Acting Captain maneuvered the ship toward the New Jersey shore, but the ship soon lost power and steering. It eventually grounded on the beach at Asbury Park.

A total of 137 passengers and crew died in the casualty. Major changes were later made to the Safety of Life at Sea (SOLAS) Convention to address use of fire retardant materials, automatic fire doors, fire alarms, and life boat drills, reducing the risk of future casualties.