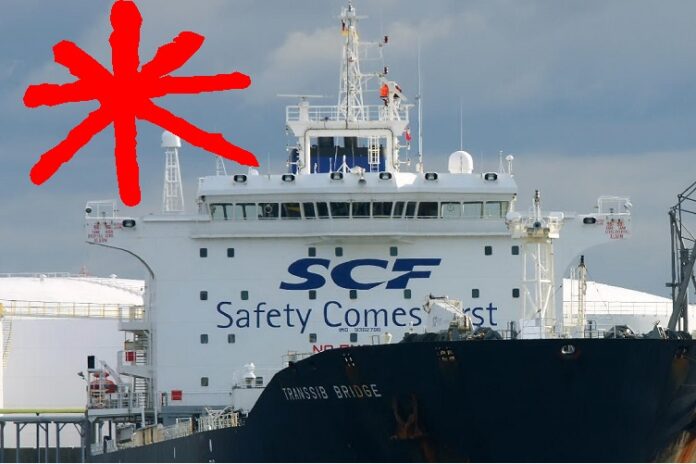 (www.MaritimeCyprus.com) In the lengthy dispute between SCF Tankers et al and Yuri Privalov et al, the Court of Appeal (England and Wales) has ordered SCF to pay damages for obtaining a Worldwide Freezing Order (WFO) against Mr Privalov and others.

The damages amount to US$70M and stem from the “practical dilemma” the WFO created in preventing shipbuilding contracts.

In the Appeal Court ruling, Lord Justice Beatson named the WFO as the cause of Mr Privalov’s inability to enter into or conclude business dealings with Korean shipyards due to the restrictions a freezing order imposes.

“Once a party has established … that the damage was exclusively caused by the relevant order, then in the absence of other material to displace that … case, the court can, and generally would, draw the inference that the damage would not have been sustained but for the order,” the judge wrote.

The ruling has broader significance in that it sets a precedent of awarding financial penalties against those who obtain a WFO.

“Injunctions are not to be considered lightly,” Ms Maitra said, “and should not be employed for the sole purpose of using them as a tactical device designed to exert pressure on the opposing party, especially given that in most, if not all, cases, the applicant must provide a cross-undertaking in damages.

The dispute that resulted in SCF Tankers seeking a WFO against Mr Privalov and others originated prior to 2005, when Sovcomflot Group claim to have discovered irregularities in charterparties enacted from 2001 to 2004 between various group subsidiaries and its SCF UK subsidiary – then known as Fiona Trust & Holding Corporation.

SCF Group alleged that the charterparties had been procured through bribes and favourable terms and launched a series of claims against Fiona Maritime ex-chief Yuri Privalov, Standard Maritime principal Yuri Nikitin and Sovcomflot ex-director general Dimitry Skarga, among others.

Russian legal information agency RAPSI reported in 2012 that Mr Privalov had been found guilty by a Moscow court for embezzling more than US$67M between 2000 and 2005 and sentenced in absentia to 4.5 years in prison and a fine of a million rubles (US$17,000).

The RAPSI release said, “When making his last plea, Privalov admitted his guilt in full. He said he had done everything he could to remedy the situation and return [to] Sovcomflot and Novoship the stolen assets.”

It continued, “Privalov told the court that he partially compensated the damages by assigning them around US$4M, he handed over a residential house in London … to Novoship and transferred US$2M to Sovcomflot.”

Also in 2012, the Prosecutor General’s Office of the Russian Federation reportedly petitioned the UK government for the extradition of Dmitry Skarga and Novoship’s former president Tahir Ismailov for criminal proceedings. The UK denied the requests, and in May 2016, the case against the pair was referred to a Moscow court.

RAPSI said the Sovcomflot group had won US$150M from its various legal claims between 2005 and 2010. Sovcomflot has been an entirely state-owned shipping company since it was founded in 1995.