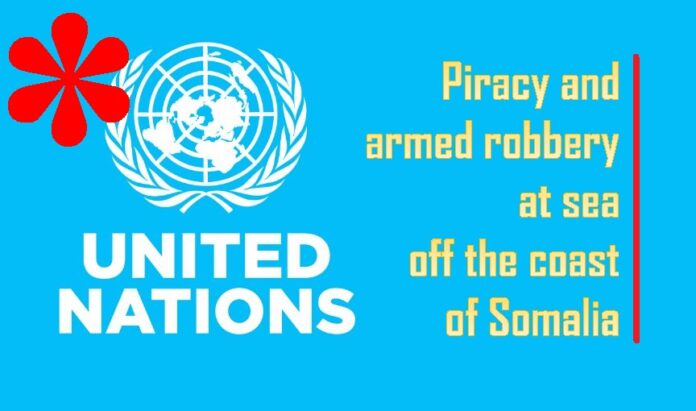 (www.MaritimeCyprus.com) The United Nations made available the Report of the Secretary-General on the situation with respect to piracy and armed robbery at sea off the coast of Somalia. It notes that pirate attacks increased after NATO terminated its counter-piracy operations.

The recent attacks demonstrate that the underlying conditions fuelling piracy have not changed, and that piracy networks are still active. Pirate groups remain opportunistic, given the relative ease with which operatives may source weapons and skiffs, making it an option with a low threshold for entry. Several factors add to the risk of a resurgence in piracy activities, including: coastal communities’ perceptions of weak coastal and marine resources protection by federal, international and local authorities, especially with regard to illegal fishing by foreign vessels; the ease of recruitment of potential pirates and the financing of attacks as a result of strong criminal networks operating onshore and internationally; the weakness of the institutional capacities and legal frameworks that identify, capture, prosecute and convict suspected pirates and their accomplices; and the lack of alternative income-generation opportunities for affected coastal communities. The perception of a more peaceful environment off the coast of Somalia, the recent favourable weather conditions in the pre-monsoon period and the ongoing humanitarian crisis within Somalia may also have prompted the recent attacks.

In addition, a number of external factors contribute to the persistent risk. Commercial ships are not adhering to the Best Management Practices, and are deviating from the Internationally Recommended Transit Corridor, taking increased risks and reducing their usage of private security personnel. In addition, there is weak information-sharing on the part of the international community, regional instability, and the fact that pirates are possibly viewing the current environment as permissive owing to the recent reduction in the international naval presence. As long as those external and internal conditions remain, so will the risk of further attacks off the coast of Somalia and in the Gulf of Aden.