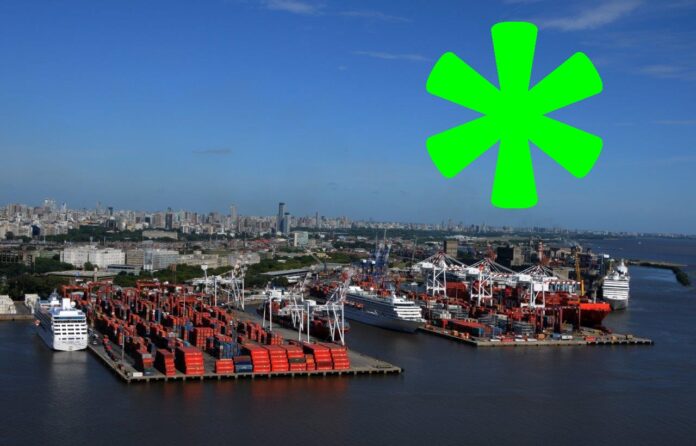 The Ministry of Transport of Argentina propitiated Buenos Aires Port to join the network of Green Award ports. The port launched a discount for all types of Green Award certified sea-going ships.

Connecting Argentina to the world one of the main goals of Argentinian Government, Buenos Aires Port is the leading transshipment point for the foreign trade of Argentina. It is considered the fourth-best port in Latin America and the Caribbean, due to the scale of its facilities and the volumes it handles on annual basis.

Since the port is in a strategic location, the metropolitan area of the beautiful city of Buenos Aires, the Port Administration is primarily concerned with issues in port that can affect the local community. Buenos Aires seeks to improve air and water quality and to reduce environmental impacts.

Recognizing the need to encourage healthy and safe operations in port and to address public concerns, the port of Buenos Aires after having evaluated advantages of various initiatives, went for Green Award. Green Award is well-known in the maritime world for its reputable certification of ships that apply the best practices and exceed the industry statutory regulations in terms of safety, quality and environmental stewardship.

Effective as of 22 of May 2017, Buenos Aires Port provides a 10% discount on vessel dues for Green Award ships.

The Green Award Foundation was established in 1994. Green Award is a global, independent, non-for-profit quality assurance organization that works by certifying ship managers and vessels that go beyond the industry standards in terms of safety, quality and environmental performance. The scheme is open for sea-going oil and chemical tankers, bulk carriers, LNG and LPG carriers, container carriers and inland navigation barges.

The essential of Green Award is that it covers a wide range of aspects related to safety quality and the environment. Green Award brings together high quality ships, maritime service providers and ports that want to improve safety, attract quality ships and reduce environmental and safety risks. In fact Green Award acts as the platform for the industry cooperation. Green Award incentive providers (ports and maritime service providers) award ships the highest safety and quality standards of which are confirmed by the Green Award certificate with various benefits such as discounts on the port dues, products and services.

With over 80 incentive providers in North America, Europe, Africa, Middle East and Asia currently participating in the scheme, Green Award motivates ship owners and managers to invest in the improvements on board and ashore and serves as a reliable indicator of the ship’s highest standards and as a Corporate Social Responsibility and risk reduction tool for shipping companies and ports.

About the Port of Buenos Aires

Puerto Buenos Aires connects Argentina to the world, operating over 60% of the country’s containers loads, with a 1.2 million TEU capacity/year it further allows the operation of project load, general load and bulk liquid.

Awarded under concession contracts to three of the world leading port operators: DP World (Río de la Plata Terminals), APM Terminals (Terminal 4) and HPH Port Holding (BACTSSA), it receives about 450 ocean vessels, most of them Postpanamax vessels with a 10,600 TEU capacity and  operates the unloading of locomotives, wagons and railway material that will revive the load railways network.

Besides the cargo bussiness, Puerto Buenos Aires is the most impornt cruise port in Argentina, handling over 350 thousand passanger every year in its modern Benito Quinquela Martin Cruise Terminal