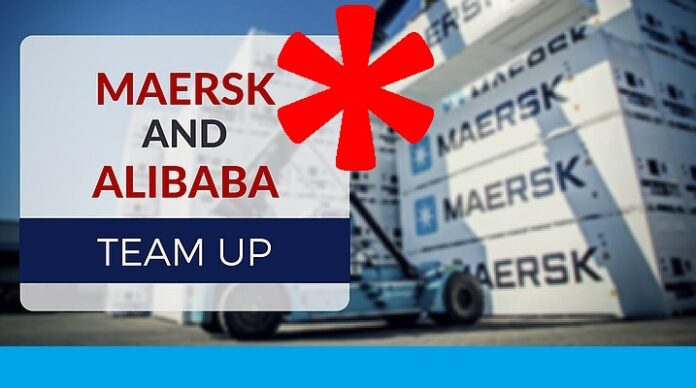 When Maersk and subsequently CMA CGM announced digital partnerships with Chinese e-commerce giant Alibaba, it led to much ado about the implications for the wider supply chain. But what of the impact on ports? Analysts and consultants approached by Port Strategy predict an initial volume surge followed by a levelling off for the ports included in the deals on Alibaba’s OneTouch platform.

However, no one is predicting just how long the surge will last or how great the effect will be. “The industry is eyeing this warily, treating it as a test phase, and is waiting for a two-way arrangement, instead of just outbound from China, before taking definite steps,” said a California logistics executive.

Most analyses say one knock-on effect could be growth and consolidation of distribution centres and hinterland cargo collection points, grouping all the supply chain elements next to each other.

Maersk and Alibaba officials are avoiding questions on when and if this will happen. A Maersk spokesperson said: “We will constantly review and evaluate the trial as we gain more customer insight during the process. The learnings from the pilot will be instrumental in defining our future roadmap. Bookings have to be made four weeks ahead. The service is also completely separate from the 2M alliance with MSC.”

Alibaba is being even more close mouthed and repeats the comment issued when the original announcement was made.

There is also some confusion about which ports are included in the Maersk agreement. Despite Hamburg being named by Maersk, a spokesperson said: “The Hamburg Port Authority has not been involved in the development of the OneTouch app and the port of Hamburg has not been chosen as one of the ‘test harbours'”.

A spokesperson for Rotterdam said: “These are technological developments in the market, which fit very well with our ambition to be the smartest port. By working with the various partners in the supply chain we hope to achieve an optimisation.”

Independent analyst Christiaan van Krimpen believes the agreements will lead to a shake up of the industry. “My first impression: it gives more power (and flexibility) to the major container shipping lines in their relation to ports. The trend might be that ports become even more dependent on a few giants. Larger ports with dedicated terminals (such as the APMT terminal in Rotterdam) have not so much to fear. I would think that ports with multi-user terminals are more vulnerable.”

Dean Davison, general manager for consulting and commercial advisory services at Inchcape, points out one of the complications. “One challenge that the Maersk/Alibaba-CMA CGM/Alibaba platform will face is the lack of choice. An advantage that the traditional multi-national forwarder/3PLs can offer is negotiating favourable rates and space allocation across main alliances/consortia, so there are always options in case of service issues with one carrier or a market where another grouping has better coverage. Should there be a strike in a terminal called by a Maersk service, in theory there is an option to route to a different terminal, through Ocean Alliance for example.”

Mr van Krimpen says:” The effect on ports is yet unclear apart from losing bargaining power vis-a-vis global operators. Probably Maersk will initially keep prices low to attract more cargo and get the market used to this new transportation method. Consultant David Arsenault, president of Logistics Transformation Solutions in California, sees the model as a “natural evolution of e-commerce business”. Moving from fulfillment being accomplished from distribution centres located within the geography they are serving with shorter lead times, to potentially being fulfilled from the factory direct, with slightly longer lead times that can offer additional sea-air routing options.

“It doesn’t necessarily increase demand for total cargo volumes being shipped; however, it can certainly result in a shift of volumes among gateways which is where the ports can be impacted by either benefiting from volumes that shift towards them or become exposed by volumes that shift away.

“Initially,” says Mr Arsenault, “the ports that are involved in the pilot program roll-outs have the potential to benefit from increased volumes that may potentially shift from ports that are not involved. Expansion to other ports and gateways will naturally occur upon the successful validation of this new model as other carriers potentially participate, which will expand the geographic scope, gateways, port range and terminals. It will also have downstream impacts on distribution centres (consolidation and deconsolidation), parcel delivery, railroads and trucking.”

Some observers are questioning why the US is being excluded from both agreements, particularly because Chennai has been chosen. Mr van Krimpen sees this as a ‘try-out’. “Calling directly at Chennai is surprising indeed. They expect to attract enough cargo and avoid transhipment in Colombo.” Meanwhile, the exclusion of the US is partly due to different and much tighter US import and customs regulations compared with the rest of the world. One example is the Customs-Trade Partnership Against Terrorism (C-TPAT), managed by Customs and Border Protection (CBP)

Says Mr Arsenault: “This remains a rather new and emerging pilot program which had to start somewhere but on a limited scale serving limited markets. There are regulatory requirements in the US that may not have made the US market the most logical test market. Upon the successful conclusion of these initial test markets in Europe and Asia, I certainly believe that the US market will be included as this model gains traction downstream.”

Mr Davison agrees: “I think the US will happen later. It seems obvious that it is occurring in the biggest deep sea trade lane of Asia-Europe, but the transpacific will soon be involved if the process gets traction, as seems likely. I guess there is a need to have to start somewhere, plus Asia-Europe is where the biggest ships are entering service and there is a continued pressure to fill these ships, so any competitive ability to do that will be sought.

“However,” adds Mr Davison, “that principle will follow into the transpacific because the cascaded ships in that route also need to be filled and the US is such a massive market for Asia so it is highly logical US ports will likely follow. “

Possibly the biggest question being asked is whether this is the future of the industry. Says Mr Arsenault: “In my opinion, this represents just another channel in the goods movement industry. It will supplement the other channels that exist today and does not represent any new exclusive industry model.”

Mr Davison adds: “I am sure that there will still be the demand for an outsourced and managed end-to-end supply chain solutions, picking, packing storage and distribution. So providers with physical infrastructure and the expertise to be able to deliver these services, especially for time sensitive cargoes like auto-parts and electronics and other sensitive cargoes like perishables and pharma, which require specialist handling, will still have an integral role to play.”

He discounts accusations that the industry is yet again following in aviation’s wake: “The typical aviation transaction is rather more straightforward as a single passenger or family will book flights and it is comparatively easy to procure transport to and from airports.

“The container supply chain is far more complex, with larger cargo owners shipping thousands of containers globally, which have to be packed, loaded into containers and delivered to a terminal, as well as distributed and deconsolidated at destination for delivery.” Fears over increased vulnerability of cyber security, stoked by widespread concern over China’s commercial activities through online platforms such as Alibaba, have been discounted by analysts.

Says Inchcape’s Dean Davison: ”I would imagine the level of information transmitted is no greater than through the logistics platform that is required electronically today – for example, to transmit freight manifests, produce a bill of lading and process the customs formalities, through intermediaries securing third-party systems to customs, the port operator and other trucking or logistics providers.

“So, on that basis I would expect all usual cyber security factors to be in place, as normal.”

Logistics Transformation Solutions’ David Arsenault adds:” Any e-commerce platform has security exposure but this has not slowed down the adoption of this practice. The two-dimensional aspects of the supply chain – 1) the physical movement if the goods and 2) the transmission & visibility across involved stakeholders of the data required to move these goods – lends itself to the evolution of these types of portals. The adoption and survival of these portals requires a level of security and rules based visibility sharing in order for them to thrive and survive. The portals that do this the best will ultimately be the winners in the long-run.”