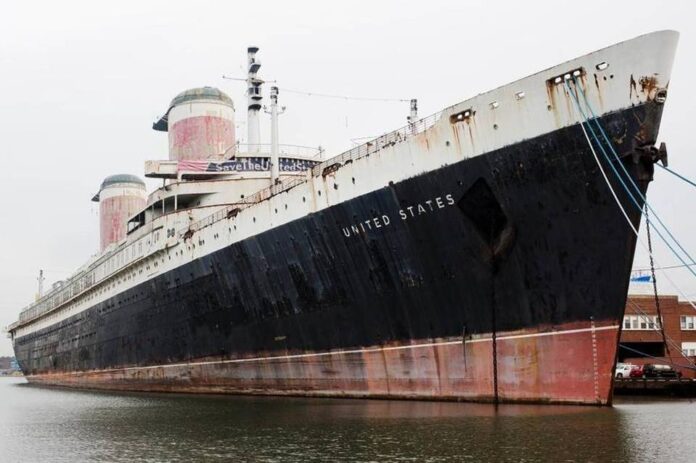 Plans to restore the historic ocean liner SS United States have sunk under the weight of “insurmountable” challenges, luxury cruise line Crystal Cruises said, six months after announcing it would take over the ship’s renovations.

The iconic 1950s vessel, which was bigger than the Titanic and once carried celebrities across the Atlantic Ocean, was set for a $700 million overhaul by the Los Angeles-based luxury line, which also has offices in Miami. But Crystal said Friday that while the ship is structurally sound, the technical and commercial challenges with restoring the rusting, docked ship to the high seas were too titanic to undertake.

The SS United States was decommissioned in 1969 and has been gutted and docked in Philadelphia for two decades on the Delaware River. On its maiden voyage in 1952, the ship traversed the Atlantic in three days, 10 hours and 42 minutes — a record it held until 1990.

In February, Crystal entered in an agreement with the SS United States Conservancy to turn the vessel into a modern luxury cruise ship, an unprecedented feat.

But during inspections of the ship, experts found that bringing the ship to today’s standards would require “significant” changes to the hull, which could create stability challenges for the ship. Installing a modern diesel electric propulsion plant would also require rebuilding about 25 percent of the hull, Crystal said. Essentially, the ship require rebuilding from the inside out.

“Our company has great affection for this historic and irreplaceable vessel, and we will be making a $350,000 donation, which will help support the Conservancy to preserve the vessel through the remainder of the year,” Crystal CEO Edie Rodriguez said in a statement. “We firmly believe the SS United States is an American treasure and deserves to be preserved and redeveloped as a stationary destination for future generations to experience and enjoy.”

Crystal’s gift will help the conservancy with Plan B: Turn the ship into a stationary mixed-use development and museum in a major urban setting, such as New York.