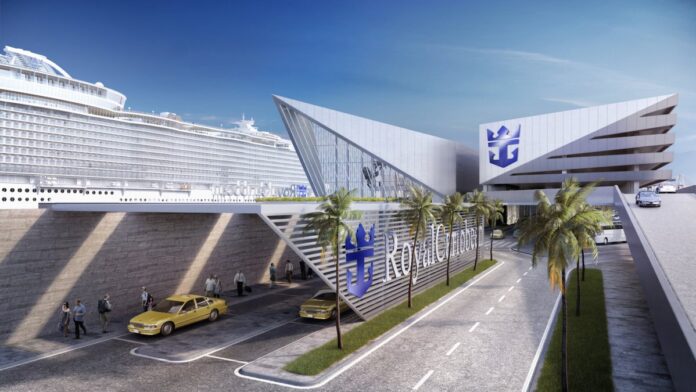 Royal Caribbean Cruises announced that it will construct a stunning new cruise terminal in Miami to serve as the future home of the company's newest generation of ships. Royal Caribbean has reached an agreement with Miami-Dade County to build the new terminal on land leased from the county at Port Miami.

One of the main attractions of the planned $400-million terminal will be the introduction Royal Caribbean's Oasis-Class ships. This includes Harmony of the Seas — largest cruise ship in the world. "We are truly excited to be working with Miami-Dade County and PortMiami to create not just another cruise terminal, but a truly iconic building," Royal Caribbean chairman and CEO Richard D. Fain said in a statement.

"This new terminal is a symbol of our commitment to Miami, the city where our company first started almost 50 years ago. We can’t wait to bring an Oasis-class ship to PortMiami.”

According to Miami-Dade County mayor Carlos Gimenez, the planned terminal is expected to create 4,000 jobs and have a $500-million impact on the local economy.  The Miami-Dade County Board of County Commissioners will vote on the agreement on July 6.