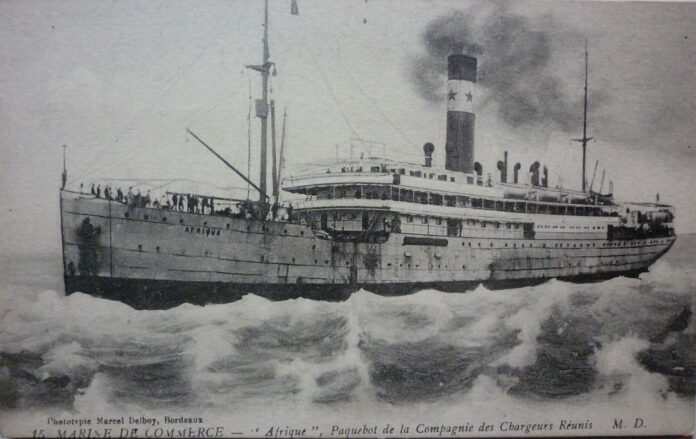 The Afrique was a passenger ship of the French shipping company Compagnie des Chargeurs Réunis, which from 1908 to 1920, traded between French territories of French West Africa, French Equatorial Africa, and Post of Bordeaux in the French colonies.

On January 12, 1920, the generators in engine room failed during a storm off the French coast. The steamers, were then unable to maneuver and was thrown against a reef.

The Afrique sprung a leak and sank, of the 609 passengers and crew only 34 survived. The disaster is one of the largest disasters in French history, but would be consumed in the shadow of the First World War and presidential elections the same year.