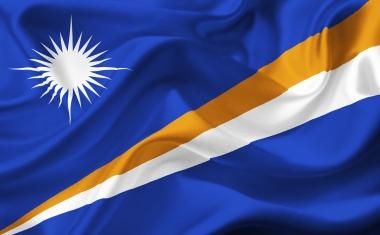 The Republic of the Marshall Islands (RMI) flag moved into the top position for the Greek merchant fleet in terms of number of vessels and is now the largest international flag overall in Greece in terms of deadweight tonnage (DWT).

International Registries, Inc. and its affiliates (IRI), who provide administrative and technical support to the RMI Maritime and Corporate Registries, have been cultivating deep ties to the Greek shipping community since IRI’s formation. With the largest IRI office outside of its headquarters in Reston, Virginia, the Piraeus office employs highly experienced and qualified maritime experts, capable of dealing with day-to-day maritime operations.“Greek shipowners have been the largest shipowning group in the Registry in terms of gross tonnage since the third quarter of 2009,” said Theo Xenakoudis, Director, Worldwide Business Operations for IRI.

“Three years later in 2012, the bulk carriers outnumbered the tankers in the RMI fleetlargely due to the growth of the dry cargo vessels coming out of Greece and today remain the number one vessel type in the RMI Registry with an average age of 6.3 years old,” he continued. Greek owners and operators are an integral force behind the rapid growth the RMI Registry has seen in recent years. Greek owners account for over 25% of all vessels which registered from 01 January – 30 September in 2015 representing 92 vessels and over 4 milliongross tons (GT) entering the RMI Registry during that time.

Overall, Greek owners represent 38% of the bulk carriers registered in 2015. According to the Shipping & Finance November 2015 issue, the RMI Registry holds the top position among flag States with the Greek merchant fleet in terms of number, with an almost 14% increase from March 2015 to November 2015 of Greek owned vessels registered in the RMI. The same report shows that the RMI fleet stands at 913 vessels in the Greek market and over 70 million DWT. Due to the strength of the Greek merchant fleet and the substantial number of Greek owners who have chosen to register their vessels in the RMI, the RMI Registry strives to maintain open communication and remain apprised of issues and concerns affecting the Greek shipping community.

Through personnel, service expansion and innovative platforms like the Marshall Islands Quality Council (MIQC), which is an independent, consultative body comprised of industry stakeholders, the RMI Registry is able to connect and discuss topical issues relevant to owners and operators. MIQC participants are provided with the opportunity to engage in and maintain an active voice in the RMI Registry’s development and implementation of regulations concerning the safety, security and environmental performance of their vessels flying the RMI flag. While the MIQC continues to examine the challenging issues facing the shipping community, it was realized that advisory groups geared towards different markets be established to more narrowly discuss sector specific issues and concerns.

During the April 2013 meeting of the MIQC, it was determined that a group needed to be developed to solely concentrate on issues related to and affecting blue water vessels and thus, the Blue Water Advisory Group (BWVAG) was formed. Takis Koutris was announced as the Chairperson of the BWVAG and has been working diligently to ensure issues to be or being discussed at the International Maritime Organization will have the attention of and comment from this group. “The RMI Registry has proven, through its unique efforts like the MIQC and the BWVAG, to be responsive to all markets and engaged in active dialogue with industry stakeholders to ensurethe voice of the shipping community is heard during the rule making process so that regulations are applied properly to all vessels,” said Mr. Koutris.

Communication and customer service have long been hallmarks of the RMI Registry, and are a couple of the many reasons for the increase in Greek owners flagging their vessels in the RMI. The quality of service provided by a flag State is a vital component to the success of the Greek fleet.“The RMI Registry leads not only in numbers, but in the excellence of its service to its customers,” said Harry Vafias who is now in the process of moving five more liquid petroleum gas (LPG) vessels into the RMI fleet.