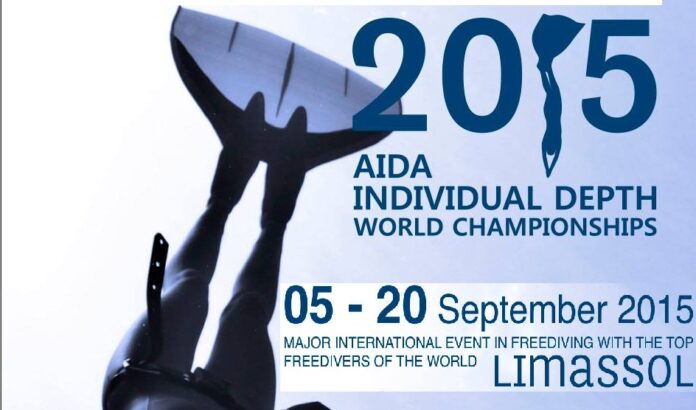 Limassol has been selected to host the 2015 AIDA Individual Depth World Championships which will take place between September 5 and 20 this year.

Freediving is a form of underwater diving that relies on divers’ ability to hold their breath until resurfacing rather than on the use of a breathing apparatus such as scuba gear. This year’s World Championships has been selected to take place in Cyprus by AIDA International (International Association for Development of Apnea) and will see athletes from 28 countries – including Europe, the Americas, Australia and Asia – taking part. Over 150 freedivers are expected to grace Limassol for the championships and they are expected to be accompanied by a further 250 people including coaches and assistants.

Organisers are also expected crowds to turn up in huge numbers to support the event.

Cyprus had been selected after getting the nod ahead of Kalamata in Greece and Caribbean. Cypriot freediving school ‘Free2Dive’ has been assigned the organisation of the event on the island while the games are also supported by AIDCyprus.

The Cypriot organisers had won over the AIDA officials after pushing forward the island’s favourable weather conditions as well as its clean and warm waters.

The Lady Thetis and Constantis and the Zenovia wreck diving spots also helped in ensuring the games landed in Cyprus.

The games will take place in the sea off Limassol on a specially-designed 500m2 vessel belonging to EDT Offshore which is one of the sponsors. The event is also being sponsored by the Limassol Municipality while the Cyprus Tourism Organisation – which sees the event as another great way to promote tourism on the island – is the golden sponsor of the games.

Competitive freediving is currently governed by two world associations: AIDA International and CMAS (World Underwater Federation). There are currently nine disciplines used by official governing bodies and a dozen disciplines that are only practiced locally.

Most types of competitive freediving have in common that it is an individual sport based on the best individual achievement.

All disciplines can be done by both men and women and, while done outdoors, no differences in the environment between records are recognised any longer.

The term ‘freediving’ is often associated with competitive breath-hold diving or competitive apnea.