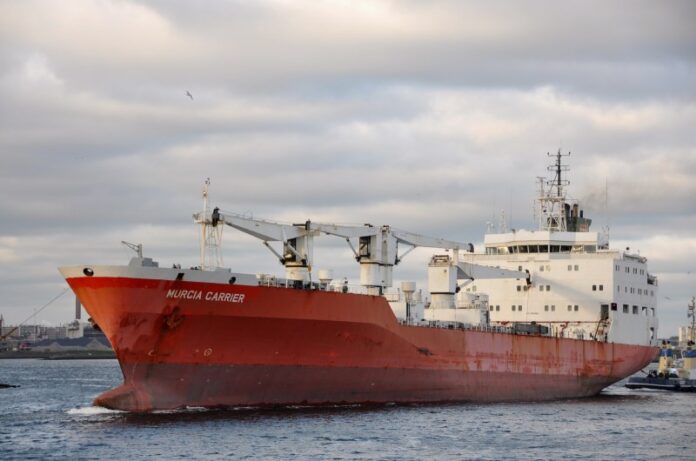 Norbulk Shipping UK Ltd, a company based in Glasgow, United Kingdom, and operator of the M/V Murcia Carrier, pleaded guilty to failing to maintain an accurate oil record book in violation of the Act to Prevent Pollution from Ships (APPS) and providing false statements to the U.S. Coast Guard concerning the vessel’s garbage record book. The company was sentenced to pay a criminal penalty of $750,000 and placed on three years of probation by the Honorable Joseph H. Rodriguez, the Department of Justice Environment and Natural Resources Division and the U.S Attorney’s Office for the District of New Jersey announced.

“Our oceans are life giving and life sustaining resources that our country and our world depend upon,” said Assistant Attorney General John C. Cruden for the Environment and Natural Resources Division. “Ignoring perfectly legal and feasible ways to dispose of waste, the defendants chose instead to dump directly into the ocean. Today the company will pay a price for this inexcusable and criminal act.”

“Illegal discharges at sea damage our environment and endanger those who work in and enjoy our coastal waters,” said U.S. Attorney Paul J. Fishman for the District of New Jersey. “As we have shown before, shipping companies that engage in these criminal practices and deliberately discharge oil – and then lie about it to the Coast Guard – will be prosecuted.”

APPS requires vessels like the M/V Murcia Carrier to maintain a record known as an oil record book in which all transfers and disposals of oil-contaminated waste, including the discharge overboard of such waste, must be fully and accurately recorded. Additionally, vessels like the M/V Murcia Carrier must maintain a record known as garbage record book that fully and accurately records the discharge of all garbage into the sea from the vessel.

On April 27, 2014, crew members on board the M/V Murcia Carrier dumped overboard several barrels containing hydraulic oil, at the direction of the vessel’s Chief Mate Valerii Georgiev. While Norbulk and Georgiev dispute the number of barrels dumped into the sea, the government believes that approximately 20 barrels were dumped overboard. The dumping occurred in international waters off the coast of Florida while the vessel was in transit from Costa Rica to New Jersey. The dumping was not recorded in either the ship’s oil record book or garbage record book as required. In an effort to conceal the dumping, crewmembers presented a U.S. Coast Guard boarding team with a false oil record book and garbage record book when the vessel arrived in Gloucester, New Jersey.

On June 15, 2015, Georgiev also pleaded guilty to failing to maintain an accurate oil record book in violation of APPS. He is scheduled to be sentenced at a future date.

“Marine environmental protection is one of the Coast Guard's primary missions,” said Captain Benjamin Cooper, the Sector Commander at Coast Guard Sector Delaware Bay. “The Coast Guard takes marine pollution seriously and works cohesively with our partner agencies to hold those who violate international law accountable for their actions. We anticipate the results of this case will deter future brazen illegal oil discharges into the sea.”

Source: US Department of Justice, Office of Public Affairs