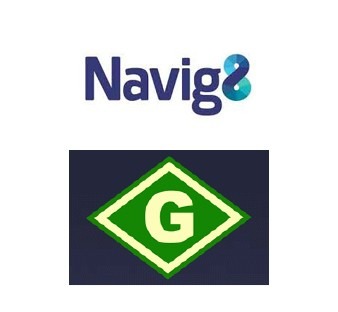 General Maritime Corporation and Navig8 Crude Tankers Inc. announced that they have entered into a definitive agreement to create General Maritime Inc. , a world-class provider of international seaborne oil transportation services.
General Maritime will have a combined fully-delivered fleet of 46 vessels, comprised of 21 VLCC newbuildings and 25 vessels in operation including seven VLCCs, 11 Suezmaxes, four Aframaxes, two Panamax tankers, and one Handymax tanker, together comprising over 11 million deadweight tons with an average age of less than 5.5 years upon delivery of the newbuildings. It is anticipated that following the closing, subject to reaching mutually agreeable commercial terms and upon completion of any existing employment commitments, General Maritime will contribute its crude tankers to established commercial pools managed by Navig8 Group, taking advantage of the scale and customer base provided by Navig8 Group, the world's largest commercial manager. General Maritime will be incorporated under the laws of the Marshall Islands and headquartered in New York.

"We are pleased to have reached this agreement with Navig8 Crude, which we believe will combine an established owner and highly-respected commercial operator on an unprecedented scale," said Peter Georgiopoulos, General Maritime's Chairman.

"Together, General Maritime will be well-positioned to take advantage of improved market conditions and increasing average voyage lengths with one of the largest, youngest, and most efficient fleets in the industry. We are pleased to unite two high-quality investor groups, both of whom strongly support this transaction."

"We believe this highly complementary combination will deliver outstanding value to shareholders," said Nicolas Busch, Chairman of Navig8 Crude. "We are excited to join forces with General Maritime and further leverage our market-leading commercial management platform."

Two key members of Navig8 Crude, Gary Brocklesby and Nicolas Busch, are expected to become senior consultants to the Board of Directors and the management team focusing on strategic and commercial matters. In addition, Nicolas Busch will join the Board of Directors. The newly formed Board of General Maritime will include equal representation from both General Maritime and Navig8 Crude's shareholders. The transaction is expected to close in the first half of 2015, subject to approval by the shareholders of each company and customary closing conditions.Kramer Levin Naftalis & Frankel LLP is serving as General Maritime's legal advisor, and Evercore Group L.L.C. is serving as its financial advisor. Latham & Watkins LLP and Seward & Kissel LLP are serving as Navig8 Crude Tankers Inc. legal advisors, and Jefferies LLC is serving as its financial advisor.