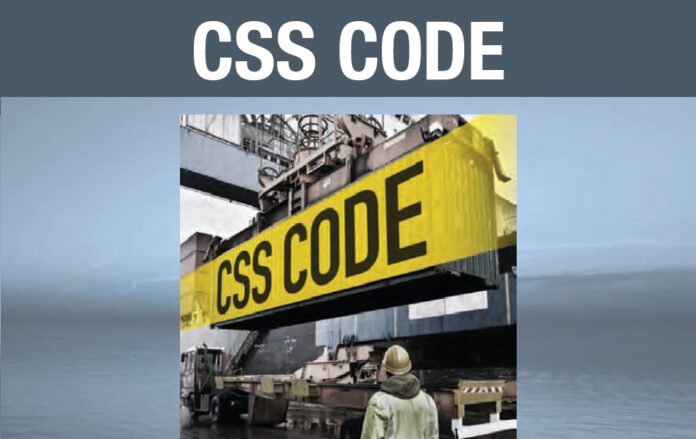 The amendment to the Code of Safe Practice for Cargo Stowage and Securing (CSS Code) Annex 14, “Guidance on Providing Safe Working Conditions for Securing of Containers on Deck”, as set out in the annex of MSC.1/Circ.1352, was approved by the IMO in 2010 and revised in 2014 (MSC.1/Circ.1352/Rev.1).

Ships keel-laid on or after 1 January 2015: The IMO has not made the application of MSC.1/Circ.1352 mandatory, but it encourages ship owners, ship operators, shipmasters and crew to apply the annex in its entirety to container vessels and vessels equipped for carriage of containers.

Ships keel-laid before 1 January 2015 are, through MSC.1/Circ.1352, encouraged to apply sections 4.4, 7.1, 7.3 and8, and to apply the principles in sections 6 and 7.2 so far as practical, on the understanding that existing ships will not be
required to be enlarged or undergo other major structural modifications. For ships keel-laid before 1 January 2015, Classification Societies most probably will implement the applicable sections as instructed by the flag administration.

FLAG STATE REQUIREMENTS
As of January 2015, the flag state administrations of Cyprus, Germany, Malta and the United Kingdom have issued circulars/ notes making MSC.1/Circ.1352 mandatory for container vessels and vessels equipped for the carriage of containers that sail under their flags. Please note that flag state administrations may interpret the requirements differently and this will be reflected in the implementation for the relevant ships.

From 1 January 2015, owners shall be aware of the following risks relating to ships not in compliance with CSS Code Annex 14: