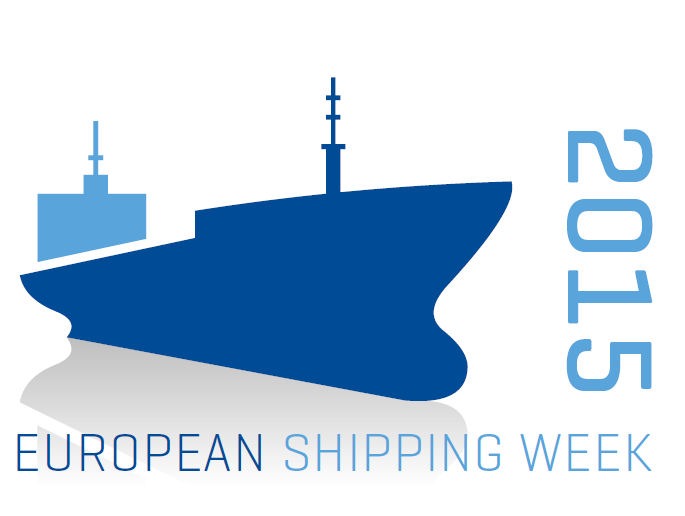 Violeta Bulc, European Transport Commissioner, will join the heads of the European and Global shipping industry as speaker at the inaugural flagship conference to be held as part of European Shipping Week 2015. Commenting on the event, Commissioner Bulc said: “The ESW conference will be an opportunity to demonstrate that regulators and industry share the same objective of promoting safe, secure, sustainable and competitive shipping as a major contributor to growth and jobs in Europe.”

The conference, to be held on Wednesday March 4th, at the Plaza Theater in Brussels, will attract in excess of 400 top ship owners and European and global regulators as delegates. Themes under discussion will include driving innovation within European shipping; plugging the maritime skills gap and focusing on the important role a highly competitive and efficient shipping industry will play in Europe’s future wellbeing.

Departing a little from normal conference styles, the European Shipping Week conference will focus strongly on keynotes speeches punctuated with high-level interactive panel debates. Invited and confirmed Moderators include top industry commentators such as Julian Bray, Editor-in-Chief at Tradewinds. Other speakers confirmed as attending include Tor Egil Svensen, CEO Maritime, DNV GL; Philippe-Louis Dreyfus, President of Louis Dreyfus Armateurs; Dan Sten Olsson, CEO of Stena Sphere; as well as Mark Dickinson, General Secretary of Nautilus International. Emanuele Grimaldi, Managing Director of the Grimaldi Group has also confirmed his attendance as has Alfred Hartmann, Chairman of the Supervisory Board at Hartmann AG; as well as Fotis Karamitsos, Director of Maritime Transport at the European Commission, and Markku Mylly, Executive Director of the European Maritime Safety Agency. The heads of the shipping industry’s main owner associations have also been invited to speak.

Patrick Verhoeven, Secretary General of the European Community Shipowners’ Associations (ECSA), welcomed news that some of the top leaders in European and Global shipping would be speaking at, and attending, the ESW conference. He said: “Important issues such as the sustainability of European shipping; how does it compare to its global competitors; and to what extent can innovation foster sustainability will all come under the spotlight.“A strong European shipping industry also needs to tap into a ready and highly competent workforce. Other questions to be debated at the conference include the overall competitiveness of EU shipping and how it can maintain the benefits of its competitive edge in the face of mounting global competition,” he added European Shipping Week will be held in Brussels during the week of March 2-6, 2015 when shipping industry leaders from Europe and around the world will descend on Brussels to meet and network with top legislators from the European Commission, European Parliament and the Council of Ministers.

The week-long series of high level events will bring together the major players in the shipping industry with the primary aim of promoting the strengths and significance of European and global shipping to these important regulatory bodies in Brussels. More information about the European Shipping Week and advice on how to books seats at the conference and Gala Dinner is available at https://www.europeanshippingweek.com/ European Shipping Week was the brainchild of the European Community Shipowners’ Associations (ECSA) and is run by a Steering Group made up of Europe’s main shipping organisations as well as the European Commission and Shipping Innovation. The shipping organisations involved on the Steering Group include: ECSA; Cruise Lines International Association (CLIA) Europe; European Community Association of Ship Brokers and Agents (ECASBA); Interferry; the European Dredging Association; the World Shipping Council, as well as the European Tugowners’ Association. Other European shipping associations may also be invited to support the initiative and hold relevant events during the week. ESW is organised by Shipping Innovation – the driving force behind the highly successful London International Shipping Week (LISW).