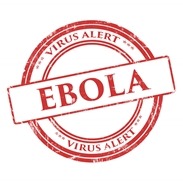 The Ebola outbreak in West Africa has seen a number of advisories from P&I Clubs and industry bodies. Its virulence has created an atmosphere of fear. There are examples of crews refusing to enter ports in countries where outbreak of the disease has been reported. Owners and ports have grappled with these sorts of health issues for centuries. By way of example the first UK Quarantine Act was passed in 1712 mandating a 40 day period before a vessel could enter port (deriving from the Italian word quarante). Public health authorities are often called on to contain or investigate outbreaks of Novovirus or Legionella particularly on cruise ships and most countries have legislation in place to detain ships that threaten the health of those on board or ashore. The advice currently being sent out mirrors that for SARS (Severe Acute Respiratory Syndrome) which broke out in Hong Kong in 2002-2003 and is aimed primarily at keeping the crew safe and highlighting an owner’s duty of care.

The current Ebola outbreak is concentrated predominantly in West Africa, including Guinea, Liberia, Sierra Leone and Nigeria, and is the largest Ebola outbreak ever reported. Suspected cases have very recently been identified in Saudi Arabia, India and Rwanda. It is predicted that the outbreak will continue to spread.

The situation is evolving and we outline below some of the legal issues that the shipping industry may face if the outbreak escalates.

Some airlines, including British Airways, have suspended flights on some routes to countries affected by the virus. No ports in affected areas are currently reported to be closed due to Ebola, but port authorities are implementing procedures to screen vessels prior to arrival and are reviewing safety precautions in port. They are being hampered by the very basic level of amenities in some of those ports. Some shipping lines are considering suspending services to Nigeria in particular and most are being urged to cancel shore leave and crew changes in the affected areas.

Under a time charter, the Master will generally be obliged to follow charterers’ orders without undue question, subject to his responsibility for the safety of the vessel. Most time charters also contain either express or implied safe port warranties, whereby charterers promise to send the vessel only to ports that are safe.

The classic definition of a “safe port” is that a port will not be safe unless, in the relevant period of time, the particular ship can reach it, use it and return from it without, in the absence of some abnormal occurrence, being exposed to danger which cannot be avoided by good navigation and seamanship. In most scenarios, the risk associated with unsafety at a port is principally to the ship and cargo, as opposed to the crew and is normally related to a recognised characteristic or feature of a port. There are also those instances where there is “political unsafety” where the onus on the master is to avoid the problem using common sense.

It is suggested by leading practitioners that risks to the crew can render a port unsafe even where there is no risk of damage to the ship.

The time for assessing the safety of the port is the time at which the charterer nominates the port; charterers have a primary obligation to nominate a port that is “prospectively” safe. Under a time charter, if the port becomes unsafe after charterers’ original nomination, charterers have a new obligation to cancel the original order and nominate a different port that is prospectively safe. The position under a voyage charter is less clear; it is thought that there is no general duty or right to re-nominate in the event of supervening unsafety. It is of course always open to the parties to agree a variation of the charter to provide for an alternative port.

Whether considering a time or voyage charter, each case would depend upon its facts and the terms of the particular charterparty. In particular, some charterparties contain liberty clauses, which may give the owner the right to refuse to proceed to or enter a particular port in certain circumstances (e.g. “which in the judgment of the owner or Master is likely to...make it unsafe, imprudent, or unlawful for any reason...to enter or discharge the cargo at the port of discharge, or to give rise to delay or difficulty in arriving, discharging at or leaving the port of discharge...”). A common example is wording which provides that the owner is obliged to proceed only “so near thereto as she can safely get”.

At the time of entering into new fixtures, owners may seek to negotiate a bespoke clause to prevent the ship trading to ports in countries affected by Ebola, or otherwise to restrict trading limits to exclude named countries including those currently known to be affected by Ebola.

The question of whether a particular port in an affected area is safe, in the legal sense, will depend upon an assessment of the facts of the alleged unsafety, i.e. the possibility of the crew being exposed to Ebola.

Whether an Owner or Master can refuse to go to a port will depend on the charterparty. The position would be clearer if a country closed a port but at the moment all remain open for trade. This may change.

Cargoes handled at affected West African ports, such as Conakry, Freetown and Monrovia, are predominantly break bulk and must be loaded and discharged by stevedores who come on board the vessel. There is very little control that the Master can exert over what labour is used. Similarly, it is well known that there exists a stowaway problem in West African ports and vessels and the Ship Security Officers will need to be sure that there is a robust implementation of the ISPS Code and ship’s security planning may need to be reconsidered. As we discuss below, delays to vessels calling at ports where they have previously called at West African ports are likely to increase. If such a vessel has stowaways aboard the situation will be worse as authorities try and determine identities and any health problems. Determining who has responsibility for those stowaways is a potential area of contention between owners and charterers.

Countries outside the affected areas are already responding to the threat. In the US for example a vessel will be subjected to closer scrutiny if it has visited an Ebola affected country in the past five ports. Sick crew members and the existence of stowaways will have to be declared.

A vessel will undoubtedly be delayed if crew fall ill with suspected Ebola or the vessel is quarantined or free pratique withheld due to a recent call at a port in an Ebola-affected area. Liability for those delays will be determined by the relevant charterparty. This issue was considered in the “Apollo” [1978] 1 Lloyd’s Rep. 200 where two crew members had suffered from typhus and had been removed at the previous port. The vessel was disinfected and tested thoroughly. The Court found that the issuing of free pratique was not a formality and there was good cause for what the health authorities did. In that case it was said that the actions of the public health body did prevent the full working of the vessel.

In terms of the exposure to cargo for delays, generally owners would expect to rely on the usual defences and a rapid escalation of the disease may amount to force majeure in any event. If an owner is held liable for cargo losses then he could expect to be covered under the P&I cover save that this will not normally respond to commercial losses; loss of hire whilst detained at a quarantine anchorage; additional running costs or any intentional breach of the quarantine. Owners and charterers should always bear in mind the separate obligations that they may have under Bills of Lading which may have been issued in respect of any cargo on board. Where a port of discharge is named, delivery at an alternative port may constitute a deviation and therefore a breach under the Bill of Lading. This will depend upon whether the Bill of Lading incorporates the terms of a charterparty, or permits discharge at an alternative port in certain circumstances. Some jurisdictions will apply local law to determine such matters, which may not accord with English law interpretation of the wording of the Bill of Lading.

If a crew member does contract the disease is the vessel “dangerously unsafe”?

In an interesting case involving a cruise ship (the Van Gogh [2008] EWHC 2794) the High Court in London was asked to determine whether the Maritime and Coastguard Agency had unlawfully detained the vessel where there was an outbreak of Novovirus affecting 6% of the crew. As part of that determination the Court looked at whether the vessel was dangerously unsafe, meaning that it was “unfit to go on a voyage without serious danger to human life”. That was the reason behind the issuing of a detention notice. The judge appeared to consider that it was not, but that was in circumstances where the virus was accepted as “relatively mild”. Clearly an incidence of Ebola would not be regarded in the same way. The obligation on the surveyor under UK legislation is to act reasonably. Other jurisdictions are likely to have similar regimes and already South Africa has quarantined one vessel and prevented it from sailing. The caution is understandable but the authorities must themselves act lawfully when dealing with vessels that have called at ports in West Africa.

Employers have a duty of care to the crew under their employment contracts. Industry bodies have sent out key guidelines on this namely: to educate the crew about the risks; to check the ISPS regimes on board; to review shore leave and to avoid crew changes in the affected areas. It is understandable that the P&I Clubs are sensitive to this given their exposure to claims for illness, repatriation, fines and cargo liabilities as well as costs of deviation to seek medical care. Owners will need to keep abreast of the risks and carry out sensible risk assessments for the ports the vessel is visiting.

It is unclear how the current outbreak of Ebola in West Africa will develop. It has been graded as a Public Health Emergency which imposes on the various countries duties such as screening at points of exit. The situation remains very much in a watch and see phase and we recommend that interested parties stay in close contact with local correspondents who will be able to provide more accurate information about developments on the ground in affected areas.

We are grateful to Stephen Askins, Michelle Linderman, and Victoria Ogden of Ince & Co for this article