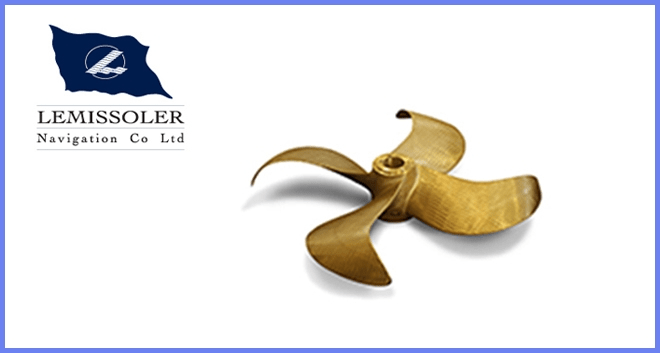 The order follows an earlier contract for a series of 7.2m-long Kappel propellers for the more than 8500ceu car carriers that are under construction for Höegh Autoliners.

Under the latest order, each Kappel four-bladed fixed-pitch propeller (FPP) will have a diameter of 6.8m and will be modified to suit the SDARI-designed bulk carriers and a drivetrain powered by an MAN B&W 5S60ME-C engine, economy-rated at 8,050kW and 89r/min.

The DMPC-manufactured Kappel propellers have also been ordered for retrofit for Great Eastern Shipping Company's 105,000-DWT crude-oil carrier, Jag Lavanya. The new series of eight Lemissoler 58,500 DWT bulk carriers are set to be built by by New Times Shipbuilding Co and are planned for delivery during 2015 and 2016.

DNV-GL will classify the first four vessels, while the remaining four will be done by the American Bureau of Shipping (ABS).