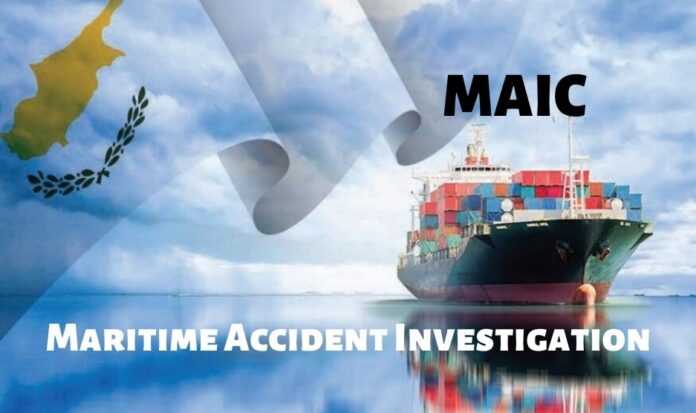 (www.MaritimeCyprus.com) The Cyprus Marine Accident and Incident Investigation Committee (MAIC) examines and investigates all types of marine accidents to or on board Cyprus Flag vessels worldwide, and other vessels in Cyprus territorial waters.Â The objective of the MAIC in investigating an accident, is the prevention of future accidents by establishing their root causes and circumstances.

Oil / Chemical Tanker â€œATHLOSâ€, under Malta flag, operated by Management Company â€œENEA MANAGEMENT INC, Greeceâ€, suffered explosion, in the morning of Saturday 29 December 2018 at 09:27 l.t., shortly after leaving Larnaca. The fire was extinguished while vessel turned to coast and finally ran aground off Zygi (fishing village on the south coast of Cyprus), 200 metres from the coast.

As a result of the explosion and the fire, the vessel sustained severe structural damage, in way of No. 4,5,6, cargo oil tanks, adjacent ballast tanks and main deck. There was no indication of fire in the accommodation and the engine room.