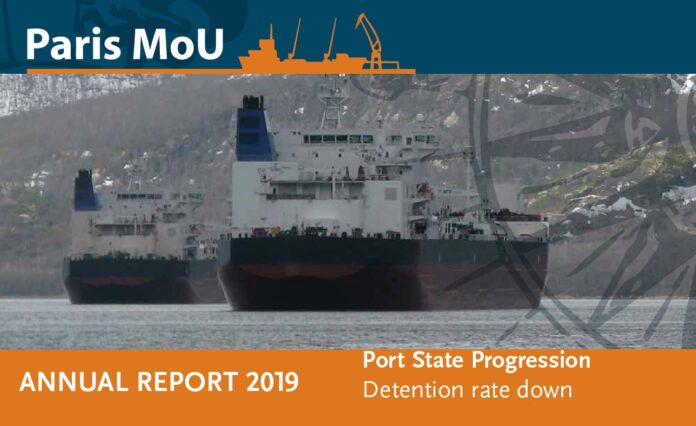 (www.MaritimeCyprus.com) The Paris MOU on Port State Control, has issued the 2019 Annual Report which also contains their White-grey-Black lists (for infographic check out the bottom of this article).

With ISM being the main detainable deficiency area in 2019, the Paris MoU report revealed a decrease in detention percentage to 2.94% (from 3.17% the previous year). The number of detainable deficiencies has also decreased to 2,995 from 3,250 back in 2018. 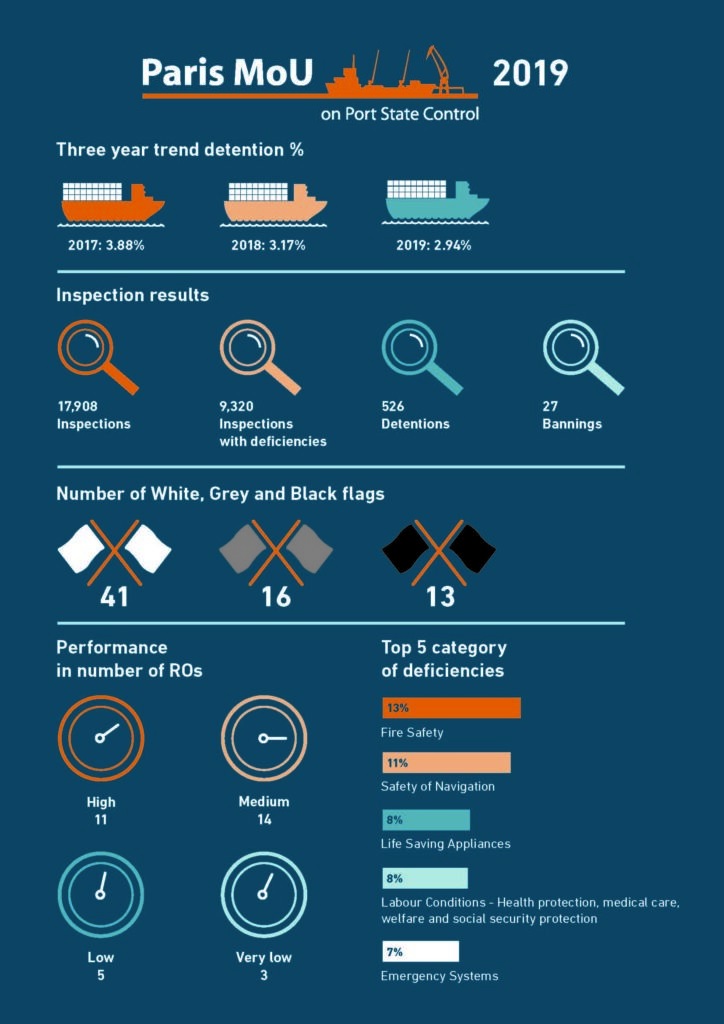 Paris MOU has issued the Performance lists for Flag states and Recognized Organizations (ROs) back in July 2019.

The â€œWhite, Grey and Black (WGB) Listâ€ presents the full spectrum, from quality flags to flags with a poor performance that are considered high or very high risk. It is based on the total number of inspections and detentions over a 3-year rolling period for flags with at least 30 inspections in the period.

Flags with an average performance are shown on the â€œGrey Listâ€. Their appearance on this list may serve as an incentive to improve and move to the â€œWhite Listâ€. At the same time flags at the lower end of the â€œGrey Listâ€ should be careful not to neglect control over their ships and risk ending up on the â€œBlack Listâ€ next year.

Details of the responsibility of Recognized Organizations for detainable deficiencies have been published since 1999. When one or more detainable deficiencies are attributed to a Recognized Organization in accordance with the Paris MoU criteria, it is recorded â€œRO responsibleâ€ and the RO is informed. Out of 526 detentions recorded in 2019, 80 (15%) were considered RO related (17% in 2018). 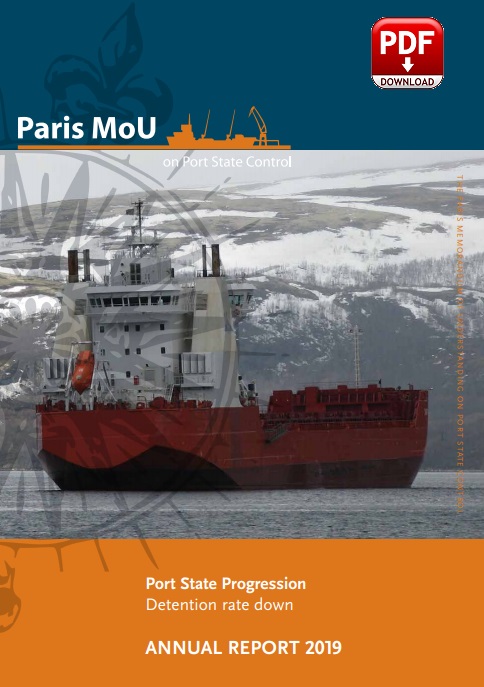