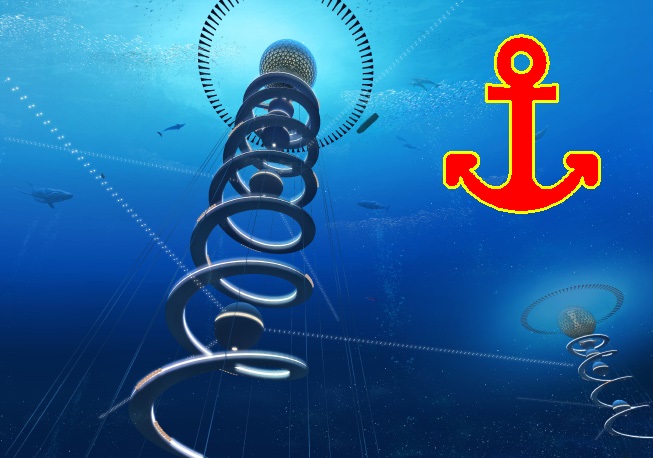 (www.MaritimeCyprus.com) A Japanese company, Shimizu Corporation, has presented OCEAN SPIRAL concept for a deep sea city of the future.

The latest plan consists of building a submerged city of concrete, 500m in diameter, with a spherical shell and triangular acrylic plates measuring 50m on each side.

The city would initially be able to fit a hotel, a number of homes, stores, offices, and other facilities, and have an approximate population of 5000, with 4000 permanent residents.

According to the new concept, the city would be sustainable and almost entirely self-sufficient, with ocean thermal energy conversion generating electricity via a heat engine that takes advantage of differences in temperature between water on the ocean surface, which is heated by the sun, and cold deep sea water.

The fresh water would be provide via reverse osmosis membrane desalination. This is a type of filter membrane used to desalinate water by blocking out all impurities. It uses differences in water pressure in the deep sea, which is higher than osmotic pressure, to generate the pressure needed to separate water from impurities.

“The deep sea offers enormous potential for ensuring effective and appropriate cycles and processes in the earth’s biosphere. Unfortunately, we have yet to make the most of this potential.

“This large-scale concept seeks to take advantage of the limitless possibilities of the deep sea by linking together vertically the air, sea surface, deep sea, and sea floor.
Now is the time for us to create a new interface with the deep sea, the earth’s final frontier.

“Breaking free from past patterns of land development, which have focused mainly on efficiency, this plan is intended to promote true sustainability while maximizing use of the deep sea’s resources,” the company said in its presentation.