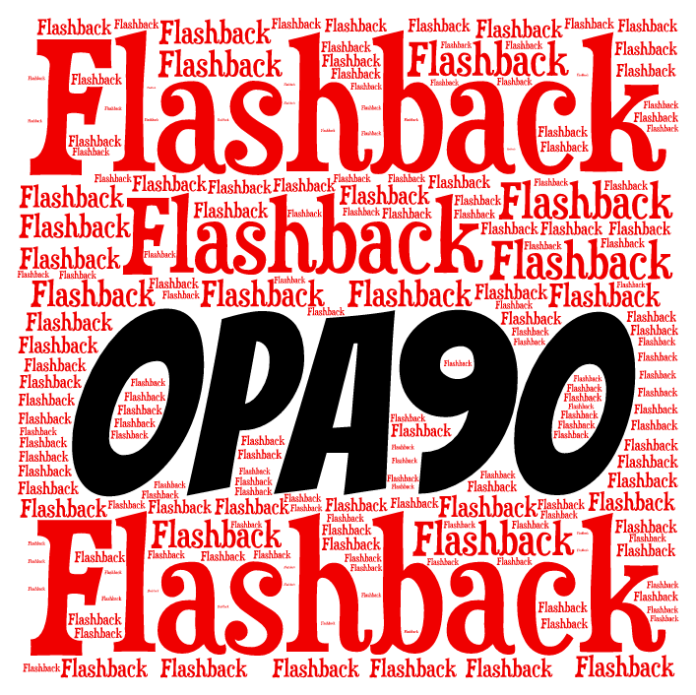 On March 24, 1989, the Exxon Valdez spilled over 11 million gallons of Alaskan crude into the water of Prince William Sound. There were many lessons learned the aftermath of the Valdez oil spill. Two of the most obvious were:

Although the environmental damage and massive cleanup efforts were the most visible effects of this casualty, one of the most important outcomes was the enactment of the Oil Pollution Act of 1990 (OPA), which addressed both these deficiencies. The measure was adopted by U.S. Congress in near-record time (for them) following the grounding of and oil spill from the tanker Exxon Valdez.

Despite predictions of train wrecks and the threatened halting of oil shipments to US ports, its various remedial measures, including higher liability limits, double hulls on oil tankers, and oil spill response plans entered into effect over the next few years. The amount of oil entering the waters of the United States from vessels has been reduced significantly.

The legislation also served as a model for efforts undertaken elsewhere to address the oil spill problem.

On 19 November 2015 the US Coast Guard published a Final Rule increasing the liability limits for vessels, deepwater ports and onshore facilities under the Oil Pollution Act of 1990 (OPA 90).