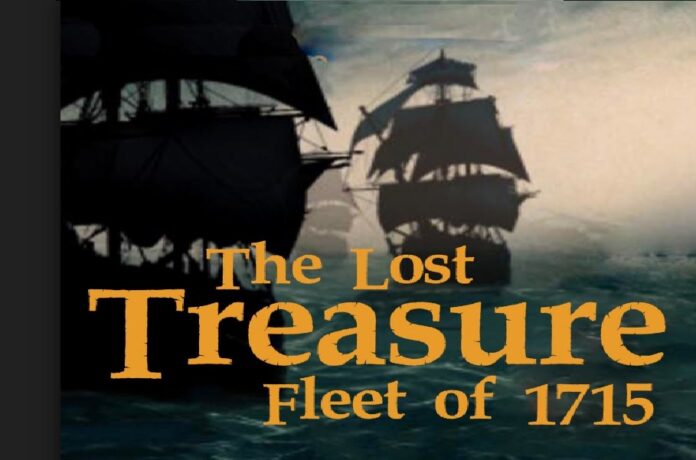 (www.MaritimeCyprus.com) On 31 July 1715 a hurricane strikes the east coast of Florida, sinking 10 Spanish treasure ships and killing nearly 1,000 people. All of the gold and silver onboard at the time would not be recovered until 250 years later.

With end of the War of Spanish Succession in 1714, the Spanish Crown was in desperate need of funds.  No major shipment of goods from Spain’s New World colonies had been undertaken during the War, so a fleet of galleons was organized to visit various ports of call around the Spanish Main to gather both Royal and private treasure to be shipped to Cadiz.  Since the majority of the goods consisted of silver coins and bullion, the venture was dubbed the Spanish Plata (Silver) Fleet.  Due to numerous delays, the fleet of twelve ships didn’t leave Havana harbor until July 27, 1715, well into hurricane season. These groups of ships were heavily fortified against pirates, but there was little that could be done to protect them from bad weather.

On July 24, 10 Spanish ships and one French ship left Havana, Cuba, on their way to Europe, carrying tons of gold and silver coins, about 14 million pesos worth. The Spanish ships stayed very close to the Florida coast, as was the custom, while the French ship, the Grifon, ventured further out from the shore. A week later, as the ships were between Cape Canaveral and Fort Pierce, in modern-day Florida, the winds picked up dramatically.

The hurricane advanced quickly and, one by one, the ships were wrecked. The Nuestra Senora de la Regla sank, sending 200 people and 120 tons of coins to a watery grave. The Santa Cristo de San Ramon went down with 120 sailors aboard. In all, somewhere between 700 and 1,000 people lost their lives in the wrecks. Meanwhile, the Grifon was able to ride out the storm; most of its crew survived.

In the following months, Spanish officials in Havana sent ships to salvage the treasure. About 80 percent had been recovered by April 1716, but word of the disaster reached English ears, and privateer Henry Jennings carried out a daring raid on the Spanish salvage camps claiming what treasure they had stored for shipment home.  Eventually, the Spanish abandoned salvage operations and English opportunists occupied their camps to claim what was left in the wrecks.  When the pickings became slim, even the English left the site. The rest remained lost until the 1960s.