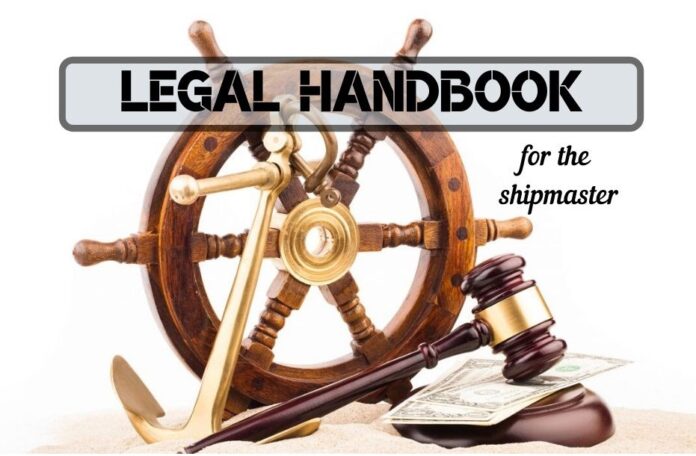 (www.MaritimeCyprus.com) The shipmaster must deal with both national and international legislation which applies on all seagoing vessels. Therefore, the purpose of this handbook is to provide a good insight with regard to national and international laws and regulations. The book focuses primarily on the safety of the vessel, the crew, the environment and cargo operations, whatever the shipâ€™s flag state or nationality of the crew may be.

This Handbook explains the most important legal terms of international and national law for the shipmaster. The influence of EU rules on national maritime legislation of EU member states is also described. National legislation of the flag state has priority on board unless the vessel is located in the waters of a foreign coastal state. The hierarchy or priority of various jurisdictions and legislations in different maritime zones is therefore extensively explained in the Handbook.

This Handbook has not been written in legal language, but in the language of the shipmaster and seafarers. The Legal Handbook Shipmaster will be invaluable to any shipmaster wherever on the globe. The shipmaster is at the heart of this book.

You can download the Handbook by clicking on below image: