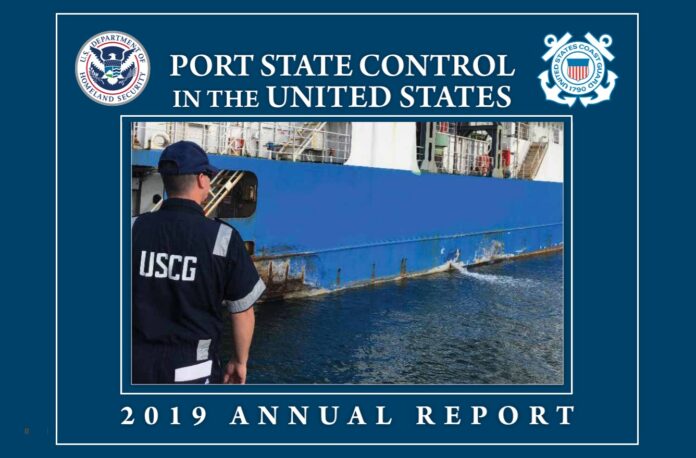 (www.MaritimeCyprus.com) The United States Coast Guardâ€™s Office of Commercial Vessel Compliance has released its 2019 annual report over US port state controls.Â The aim of the report is to â€œprovide the global maritime industry key statistics and compliance trends in relation to compliance with U.S. and international regulations, such as the Safety of Life at Sea (SOLAS), International Convention for the Prevention of Pollution from Ships (MARPOL), and the International Ship and Port Facility Security Code (ISPS).â€

Flag Administration Safety and Security Performance
The genaral Flag administration safety performance for 2019 remained steady with the overall annual detention rate slightly decreasing from 1.14% to 1.12%. However, the three-year rolling detention ratio increased slightly from 1.06% to 1.08%.

The flag administration of Cyprus was removed from our Targeted Flag List for 2019 adding further on its reputation as quality Flag.

Flag administration security performance for 2019 increased slightly resulting in the annual Control Action Ratio (CAR) decreasing from 0.09% to 0.08%. The three-year rolling average CAR held steady at 0.08%. Additionally, for the fourth straight year, there were no flag administrations listed on theÂ ISPS/MTSA targeted matrix.