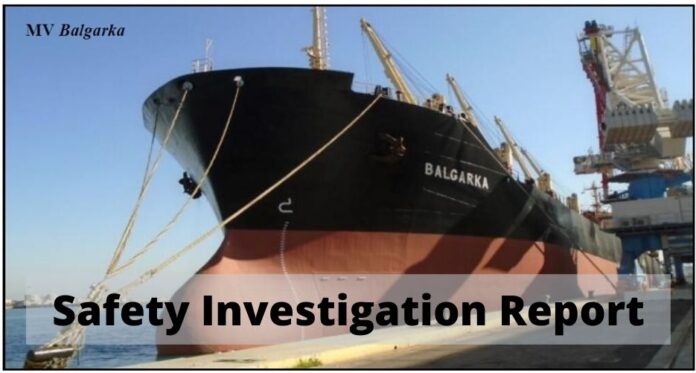 SUMMARY
At about 0900 on 28 October 2018, a crew member sustained fatal injuries and another was admitted to hospital with serious injuries, following a fire on board the Maltese registered bulk carrier MV Balgarka, during repairs in dry-dock. At the time of the accident, both crew members were inside the fore peak tank and hot work was being carried out on the lower platform. Shortly after resuming work, a fire erupted inside the space. One of the fitters managed to escape from the space, albeit with serious burn injuries. The second crew member on the lower platform was unable to escape and was later found at the bottom of the space.

The safety investigation considered two scenarios of fire ignition; either oxygen coming in direct contact with oil and grease, or oxygen enrichment inside the forepeak tank on the face plates of the forepeak bottom girders (platform no. 5).