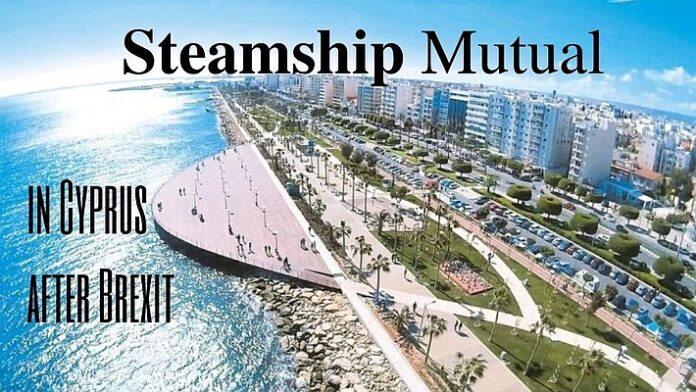 (www.MaritimeCyprus.com) Steamship Mutual has ditched their plans for a Brexit fall-back subsidiary in the Netherlands, and has applied for a licence in Cyprus instead. The UK marine insurer Steamship Mutual has been granted a license for a Brexit fall-back subsidiary in Cyprus in what is viewed as a vote of confidence from one of the best in the business.

“It is anticipated that EU based Members’ business will be renewed in this entity, and arrangements with relevant third parties will also be transferred”.

The subsidiary, most probably to be set up in coastal Limassol, aims to ensure continued access to trade in the European Union in case Britain loses single market access.

Steamship Mutual were about to apply for a license to establish a subsidiary company in the Netherlands, but there was a change of plan and Cyprus got to benefit.

This was achieved through concerted efforts by the Deputy Ministry of Shipping, Cyprus Investment Promotion Agency (CIPA) and established service providers on the Mediterranean island.

Deputy Minister Natasa Pilides had told Insider that “attracting such high calibre P&I clubs, which are very few in the world, is also of a symbolic importance…their presence in Cyprus lends prestige to the state’s shipping industry.”

On the same wavelength were statements by CIPA head Michael Michael who told Insider that a great effort is still underway to inform businesses in the United Kingdom to move forward with new post-Brexit headquarters in Cyprus.

Dublin, Luxembourg and Brussels are among the EU locations that have emerged for a number of players in the wider insurance market.