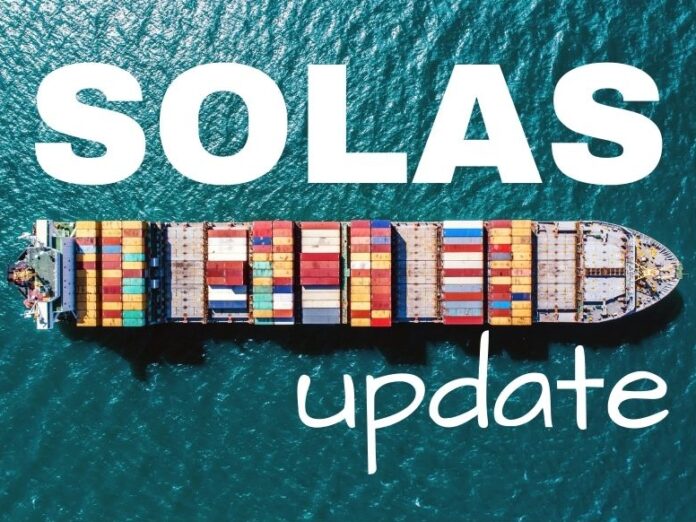 (www.MaritimeCyprus.com) Keeping updated on new and retroactive requirements from IMO can be a challenge. According to newly approved 4 year cycle of entry into force system (MSC.1/Circ.1481), amendments to SOLAS and relevant codes, which were adopted between 1st January, 2016 and 30th June, 2018 (MSC 96th to MSC 99th) enters into force from 1st January, 2020.

In this regard, amendments to SOLAS and relevant codes, which enter into force from 1st January, 2020, are summarized and distributed below for your perusal to help Owners/Managers with implementation.

This information is recommended for Technical, Safety, Quality and Operation departments of shipping companies, but there is also information relevant for yards and newbuilding departments.

The most significant 2020 changes raise the damage stability requirements for new passenger ships in the event of flooding caused by collision or grounding.

Other parts of SOLAS Ch. II-1 have been updated to better capture the probabilistic damage stability approach introduced by SOLAS 2009 for cargo and passenger ships, and to include lessons from the 2012 Costa Concordia accident. Main updates to passenger ships include:

Highlights for both cargo and passenger ships include removal of flag Administrations' possibility to accept permanent open watertight doors on a case-by-case basis. The 2020 requirements further allow more flexible handling of stability limits with respect to trim.

The 2020 updates to SOLAS Ch. II-2 require helicopter landing areas on cargo and passenger ships to be provided with foam firefighting appliances, as for dedicated helicopter decks.

Fire safety requirements for “regular” cargo spaces (non-vehicle spaces) used to transport vehicles with fuel in their tanks for their own propulsion are further clarified and harmonized with the requirements for the carriage of dangerous goods.

The fire integrity of windows facing survival craft, embarkation and assembly stations on passenger ships are clarified, in effect relaxing the requirement to A-0 for ships carrying not more than 36 passengers.

The 2020 updates to SOLAS Ch. III require the thorough examination, operational testing, repair and overhaul of lifeboats, rescue boats, launching appliances and release gear to be carried out by authorized service providers. The purpose is to prevent injury to crew participating in lifeboat and rescue boat drills and inspections, and to ensure the quality level of the servicing.

SOLAS Ch. IV has been amended to refer to generic mobile satellite system instead of “Inmarsat” to allow for future new providers of such services. 2. UPDATES TO CODES MADE MANDATORY UNDER THE SOLAS CONVENTION

A new Chapter 17 details the requirements for foam firefighting appliances for helicopter facilities.

Water quality for sprinkler systems are addressed to prevent internal corrosion of sprinklers and clogging or blockage.

Chemical tankers and gas carriers shall be fitted with an approved stability instrument, capable of verifying compliance with intact and damage stability requirements.

The fire integrity requirement for wheelhouse windows on gasfuelled vessels is aligned with those for ships carrying gases in bulk (IGC Code), in effect removing the requirement to A-0 class windows.

Small high-speed craft may be exempted from carrying a rescue boat.