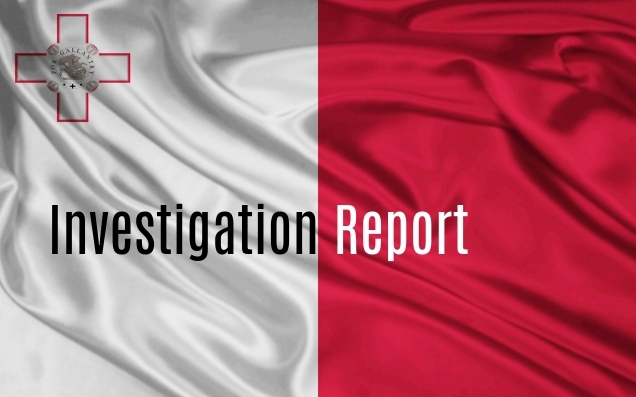 (www.MaritimeCyprus.com) Transport Malta issued the report of its investigation of death of two crew members on board the chemical tanker Key Fighter on 1 September 2018 in the North Sea. After discharging its cargo in Norway, it took on board 58 cubic meters of slops from another chemical tanker. The slops were said to contain a mixture of tank washings and vegetable oils, but no documentation was provided and no one checked the contents, even though the smell of rotten eggs was reported. After leaving port, the tank containing the slops was to be cleaned. None of the paperwork or checklists required by the ship’s safety management system was completed. The two men assigned to the tank cleaning were later found dead in the bottom of the tank. Autopsies indicated that they fell from height following either intoxication by hydrogen sulfide or suffocation from lack of oxygen.

DETAILS:
On 31 August 2018, Key Fighter berthed alongside Crude Passion at Averøy, Norway, where she discharged her remaining cargo of Rapeseed oil. Before sailing for Erith, UK, 58 m³ of slops, reported to contain a mixture of tank wash water and vegetable oils, were transferred from Crude Passion to Key Fighter.

The slops, which were being loaded in cargo tank no. 5 port, were noted by the crew members to have a pungent odour of ‘rotten egg’. Following departure and while on passage, the slops were pumped out at sea and the crew started cleaning the cargo tanks.

The following morning, at about 0405 hrs, two crew members involved in the cleaning and washing of cargo tanks were found lying motionless inside cargo tank no. 5 port. The crew members were rescued and airlifted to a hospital in Norway.

A summary of the autopsy report submitted by the Accident Investigation Board of Norway concluded that the injuries sustained by the crew members were compatible with a fall from a considerable height. The injuries may have been fatal, but based on the circumstances of the accident, the autopsy report indicated that it was possible that the cause of death was either intoxication by Hydrogen Sulphide (H2S), or suffocation due to lack of oxygen.