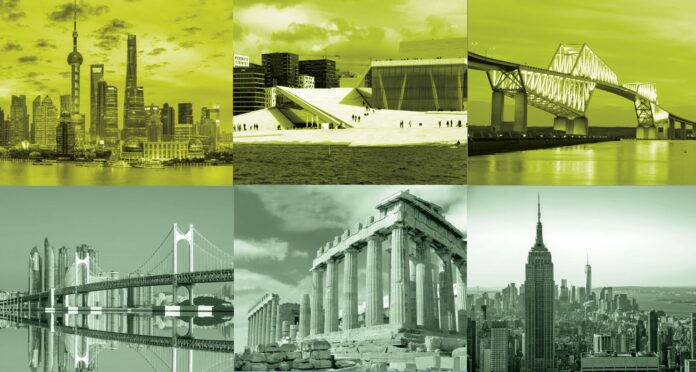 (www.MaritimeCyprus.com) The Leading Maritime Capitals report for 2019 is out, with fresh insight on which maritime metropolises provide the best support for companies in shipping and related services. Criteria include soft and hard infrastructure and access to world-class talent and services â€“ all key components that maritime businesses need to thrive in their chosen locations.

Singapore maintained its top position at the head of the 15 leading maritime capitals. Despite a somewhat weak trade cycle in traditional shipping and offshore oil and gas markets yet to recover, Singapore was able to retain its lead in three of the five pillars of the ranking: Shipping, Ports and Logistics as well as Attractiveness and Competitiveness. In the two remaining pillars, London is number one in Maritime Finance & Law, while Oslo is number one in Maritime Technology. On the overall ranking, Hamburg remains in the number two spot, while Oslo drops from third to seventh. Rotterdam and Hong Kong show the biggest improvement, climbing to third and fourth respectively, with London rounding out the top five, and Shanghai at number six.

â€œMaritime Singaporeâ€™s continuous effort to strengthen its attractiveness as an international maritime centre has been well received by the industry. The strong results on both the objective indicators and expert assessments indicate its relevance as a critical node within the maritime sector regionally and globally,â€ says Shahrin Osman, Regional Head of Maritime Advisory, DNV GL.

Previous editions of the report have grabbed the attention of not only the maritime industry, but the global community. The general public is becoming increasingly aware that the maritime industry is a cornerstone of global trade, and those cities and regions that attract maritime commerce are positioned to command leading roles in the economic future of the world.

For the 2019 report, some new and more comprehensive objective and subjective indicators as well as data sources have been used to ensure that the analysis is based on reliable and complete data for the various cities, which ultimately allow for a more refined benchmarking of the relative performance of each city. â€œOne of the new indicators this year is connected to the tremendous sustainability challenges of the oceans. According to the 200 maritime experts in the study, Oslo stands out as the main centre for ocean technologies and solutions, with a higher score than the combined value of the three next in the rank â€“ Singapore, Copenhagen and Rotterdamâ€, says Erik W. Jakobsen, partner in Menon Economics.

The subjective indicators reveal the perception and assessment of each capital as seen by selected business executives from all around the globe, primarily shipowners and managers. Of the 200 experts called upon to respond to the survey, around 40 per cent are based in Europe, 30 per cent in Asia, and the remaining 30 per cent in America, the Middle East and Africa.

Asked to look five years into the future, the experts foresee Singapore retaining its top position, but with stronger competition from Shanghai, and Dubai poised to climb into the top five overall by 2024. Hamburg, Rotterdam, London and Oslo are expected to stay strong in Europe.

For more details click below to view full report: