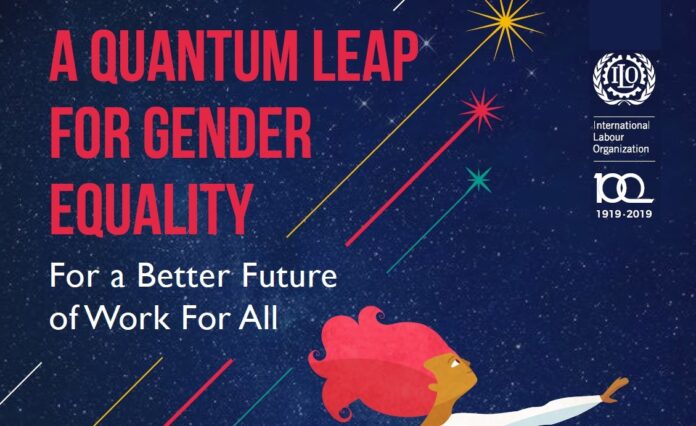 (www.MaritimeCyprus.com) Work-related gender gaps have not seen meaningful improvement for 20 years, according to new International Labour Organization report. In the last 27 years the difference in the employment rates for men and women has shrunk by less than 2%. In 2018, women are still 26% less likely to be in employment than men.

Moreover, women are still underrepresented at the top: Fewer than one third of managers are women, although they are likely to be better educated than their male counterparts. But all of us can do something so that the future of work does not reinforce the inequalities of the past.

Progress in closing gender gaps has stalled, and in some cases is reversing. The gender gaps with respect to key labour market indicators have not narrowed in any meaningful way for over 20 years. This situation should give rise to concern. Unless the present trajectory is changed, unless policy choices are made that put gender equality at their core, the situation is likely to deteriorate further as work becomes more fragmented and the future remains uncertain.

A better future of work for women can only be realized by redressing discrimination and disadvantage and overcoming entrenched stereotypes relating to women in society, the value of their work and their position in the labour market. Achieving this goal requires simultaneous action on four different and mutually reinforcing paths.

Read the International Labour Organization report by clicking on below image: