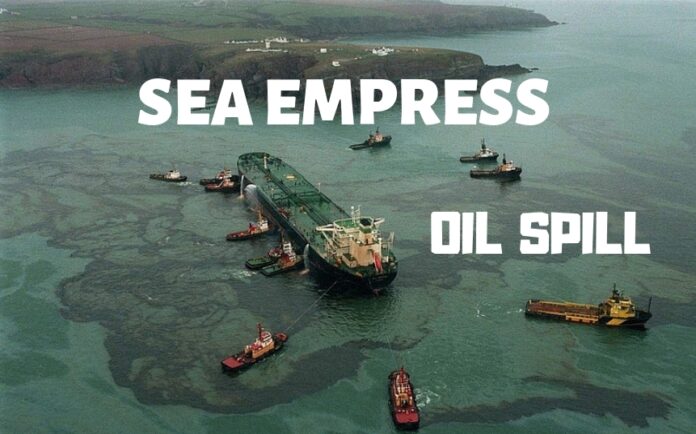 (www.MaritimeCyprus.com) On 15 February 1996, the tanker Sea Empress grounded while entering the port of Milford Haven, spilling approximately 2,500 tons of its cargo of crude oil.

The vessel was quickly refloated and anchored in deep water in preparation for lightening some of the remaining cargo. Gale force winds drove the tanker aground again, spilling an additional 69,300 tons of crude oil.

The tanker was finally refloated again on 21 February and salvage was completed. Investigation revealed that the initial grounding was due to pilot error.

The subsequent grounding was the result, in part, of insufficient tugs of appropriate power and maneuverability, together with a lack of full understanding of local tidal currents.

Watch below video Salvage of the tanker Sea Empress: