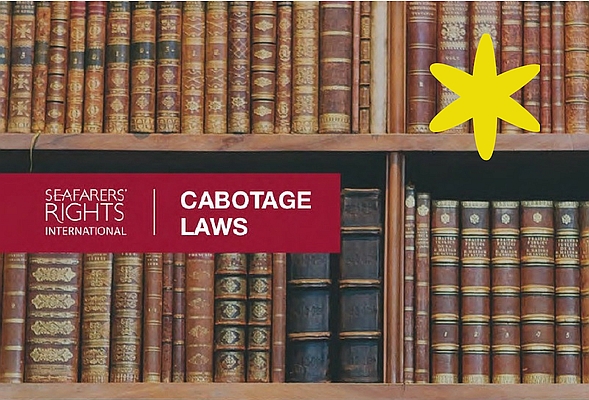 Cabotage refers to the movement of cargo or goods within the boundaries of one nation. The Jones Act has stood as the United Statesâ€™ freight cabotage law since 1920. It states goods moved from one domestic port to another must be carried aboard U.S.-flag, U.S.-built, U.S.-crewed and U.S.-owned vessels.

Within its 100 pages is a review of applicable maritime cabotage laws for the 91 of the 140 nations analyzed. These 91 countries represent 80% of the worldâ€™s coastal United Nations maritime states. The report is careful to point out these various maritime laws are not identical, and refers to the Jones Act as the model for others. It also demonstrates that cabotage laws exist across all political, economic and legal systems.

According to the report, cabotage laws are found around the world and geared toward protecting local shipping industries, ensuring the retention of skilled maritime workers and preservation of maritime knowledge and technology, which promote safety and bolster national security.

â€œCabotage provides for jobs for a countryâ€™s seafarers and also safeguards foreign seafarers against exploitation posed by the liberalization in the global shipping industry, preventing a race to the bottom,â€ declared MTD Eastern Area Executive Board Member Jim Given.

â€œWithout strong cabotage rules, local workers often have to compete with cheap, exploited foreign labor on flag of convenience vessels, the owners of which usually pay substandard wages and flout safety laws,â€ added Given, who is the president of the Seafarers International Union of Canada and serves as chair of the ITF Cabotage Task Force.

â€œThis report represents a circuit breaker, providing policy makers with the relevant facts for proper decision making,â€ said Heindel, who also is the secretary-treasurer of the MTD-affiliated Seafarers International Union of North America.

When she spoke to the MTD on March 9, Fitzpatrick called the Jones Act â€œa model cabotage law: protecting jobs, the workforce, and the country. But to protect the Jones Act, and to protect other cabotage laws around the world, it can only be helpful to know which countries have cabotage protections so that, in fact, the situation might be that the protection of cabotage laws is the norm, and itâ€™s not the exception.â€

Prior to Fitzpatrickâ€™s remarks in March, the most readily accepted number of nations with maritime cabotage laws was 40. That came from a 1991 study conducted by the U.S Maritime Administration.

Cabotage is not a new phenomenon. According to the report, cabotage laws can be traced to fourteenth century England. The first U.S. Congress in 1789 enacted a cabotage law.

The ITF, to which several MTD affiliates belong, has campaigned for decades to underline the importance of national cabotage laws and the value of having domestic jobs in national waters, as well as domestic employment conditions for foreign seafarers in cases where domestic seafarers are not available. Members of the London-based ITF come from around 650 transportation-related unions from 150 nations.

The SRI conducts independent legal research on maritime-related subjects under the guidance of an advisory board composed of judges, professors, lawyers and maritime industry representatives from around the world.

To see the full report, click on below image: