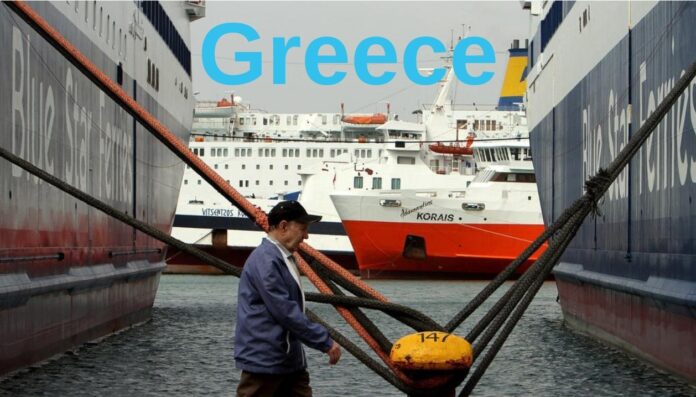 (www.MaritimeCyprus.com) Greece's privatization agency, HRADF, is reportedly ready to commence the third phase of a process to, at least, partially privatize 10 regional port authorities around Greece, four of which are in the country's north; three in the greater Athens area, two elsewhere on the mainland and the last one on Crete.

The development comes after the sale of majority stakes of the port authorities of Piraeus (2016) and Thessaloniki (2017), along with the management of the latter ports - the biggest and busiest in Greece.

Next up on the Hellenic Republic Asset Development Fund's "to do" list are the port authorities of Alexandroupolis, in extreme NE Greece, and west of the land border with Turkey; on the popular Ionian island of Corfu; Kavala, in central northern mainland Greece; Igoumenitsa, in extreme NW Greece, just south of the Albanian border and a hub for the Greece-Italy ferry routes; and finally, Volos, in central Greece.

According to reports, Alexandroupolis' and Corfu's ports have attracted most of the attention by potential investors and operators.

Nevertheless, in a major difference from the process followed for Piraeus and Thessaloniki, where a majority stake was sold off and with it, the management of the port authorities, the mostly leftist Tsipras government now appears only ready to grant long-term concessions for specific port activities, while retaining the overall ownership and management of the actual port authorities.

According to reports, however, the privatization fund's leadership continues to support an outright sale of majority stakes of individual regional ports. HRADF is a quasi-independent entity established under memorandum obligations between Athens and its institutional creditors.

The option of long-term concessions for port activities emerged after the Thessaloniki Port Authority (OL.Th) was sold off in an international tender. The proposal aimed to quell opposition from within the ruling SYRIZA party and the then shipping ministry's leadership.

If the "compromise scenario" of port activity concessions is ultimately selected - creditors' annoyance notwithstanding - the question then focuses on which specific port sectors the current government is willing to privatize at the 10 regional ports.

Relevant studies are due to be presented to the privatization fund next month.

According to reports collected, granting the cruise ship concession at the port of Corfu is a distinct prospect.

Conversely, for Alexandroupolis the primary "partial privatization" scenario involves an onshore concession, mainly loading and off-loading cargo. According to the same reports, Alexandroupolis will be the first regional port where further privatization efforts will continue. The same location is adjacent to a major offshore LNG facility being built offshore by the Copelouzos and Livanos groups.

Igoumenitsa is also reportedly attracting attention due to its servicing the Greece-Italy routes, as well as ferry boat routes to Corfu from the mainland.

Conversely, according to the same reports, investor interest in the small near-Athens ports of Rafina, Lavrio and Elefsina is weak, at least as far as port activities are concerned. For Elefsina, located in an industrial district west of Athens-Piraeus proper, bulk cargo appears to be the primary interest, and the cruise ship sector for Lavrio, southeast of the greater Athens area.

Finally, as far as the promising cruise sector in concerned, Chinese multinational Cosco - which operates the port of Piraeus as the majority owner of the Piraeus Port Authority - continues to seek cooperation with several islands and mainland harbors in order to create a cruise network in the tourism-laden east Mediterranean country.

Cosco, which has signaled its intent to transform Piraeus into an international home port for cruise operators, is reportedly eying cooperation with facilities on Rhodes, Myknonos, Santorini, Katakolo, and with the Cretan ports of Hania (Chania) and Irakleio (Heraklio), as well as with previously mentioned Corfu.