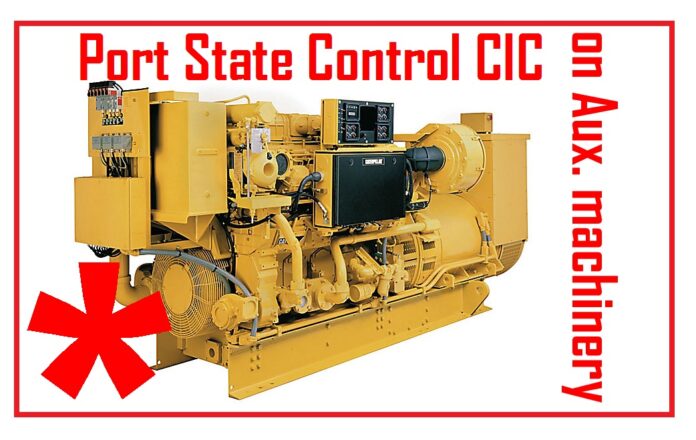 (www.MaritimeCyprus.com) Viña del Mar MOU has announced the launch of a concentrated inspection campaign (CIC) on Auxiliary machinery, to run from 1 June 2018 to 31 August 2018.

The CIC aims to ensure the safety of auxiliary machinery, especially the working condition and maintenance of the auxiliary engines, auxiliary equipment and their related alarm systems. In addition, familiarity of the crew will be assessed.

A similar CIC was carried out in 2013 simultaneously by six PSC regimes. An analysis of the deficiencies recorded during this 2013 CIC by Paris MoU revealed that most deficiencies were related to propulsion main engine (20%), cleanliness of the engine room (18%), emergency source of power / emergency generator (12%) and emergency lighting/batteries/switches (12%).

Viña del Mar MOU has developed the below press release and checklist to assist masters, DPAs and crews in preparing for the CIC and to prevent delays or detentions by port state control officers.