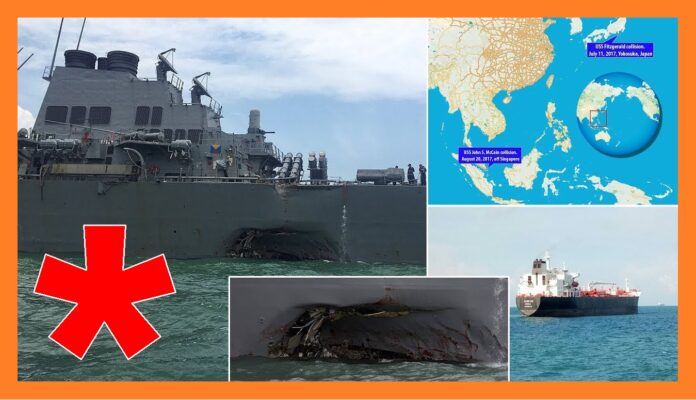 (www.MaritimeCyprus.com) The Singapore Transport Safety Investigation Bureau has issued the Final Report on its investigation of the collision between the container ship Alnic MC and the destroyer USS John S. McCain in Singapore waters on 21 August 2017.

The report stated that the collision happened because of a sudden turn to port by USS John S. McCain. The sudden turn was due to a series of missteps that took place after a transfer of propulsion controls, which led to confusion as to which station had steering control, and an unintentional reduction of the port engine throttle which increased the rate of USS John S. McCain turn to port.

The Final Investigation Report from the Singapore Transport Safety Investigation Bureau can be downloaded here by clicking below image.