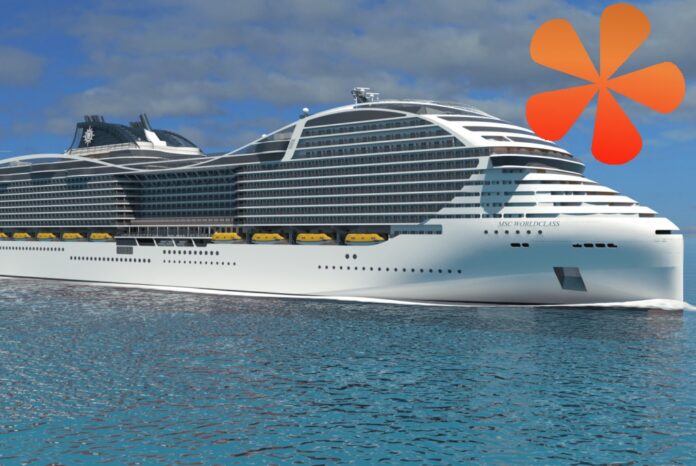 (www.MaritimeCyprus.com) In the period 2015-2016, 17 new vessels were launched adding a total of 41162 passenger capacity to the worldwide industry, which was 9,1% growth, with additional USD 3,4 billion dollars in annual revenue. Next YouTube video is about the new luxury mega-yacht Scenic Eclipse designed for polar cruises (to Antarctica and Arctic destinations).

In February 2016, MSC announced it would build two new mega ships of the so called "Meraviglia Plus” class. There is unofficial information about an additional MSC shiporder for four more Meraviglia-plus class (GT 177,000 tons) ships. Each is able to carry up to 6,300 passengers at full capacity. Each of the two newbuilds has 200 additional cabins and is 16 meters longer compared to the Meraviglia class ships,

This makes the MSC (as a private company) the largest foreign investor in France – with over USD 8,6 billion in export contracts over a period of 5 years.