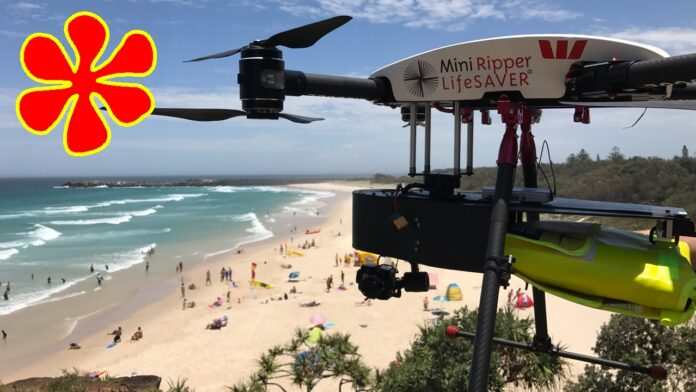 (www.MaritimeCyprus.com) Two simmers caught in a riptide in heavy seas off Australia's coast were rescued when a drone dropped a flotation device above them. Initially bemused by the drop, the pair of teens said that things could have been much worse if the action had not been so quick.

Teens Monty Greenslade and Gabe Vidler were caught in a riptide in heavy seas north of Sydney when the coastguards became aware of their predicament.

A drone was scrambled within minutes and sent to just above the swimmers, where it dropped a rescue pod. The flotation device enabled the pair to get back to shore safely.

Initially bemused by the arrival of the pod when neither of the had believed they were in trouble, the swimmers later expressed their gratitude for the speed of the rescue.