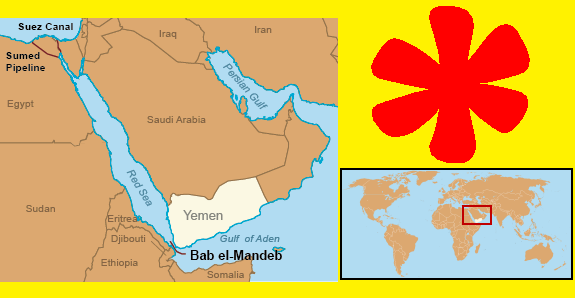 (www.MaritimeCyprus.com) In response to the threats arising from the conflict in Yemen, BIMCO, ICS and INTERTANKO have published interim guidance on maritime security in the southern Red Sea and Bab al-Mandeb, to assist shipowners and operators to assess the presence of new threat patterns in the area.

The conflict in Yemen has introduced additional maritime security threats, other than piracy, to the Southern Red Sea and Bab al-Mandeb; these include collateral damage due to conflict between groups in the region and a potential deliberate targeting of ships. The guidance contained in this publication is specific to known threatsinthis particular region.

The purpose ofthis guidance isto help Company Security Officers(CSOs) and Masters in conducting a threat assessment in respect of transits through the Southern Red Sea and Bab al-Mandeb. Experience has shown awareness of other threats and application of the recommendations contained within this guidance, in conjunction with application of the BMP 4 recommendations, may prevent a successful attack.

The guidance highlights the use of the Maritime Security Transit Corridor, the registration with MSCHOA and reporting to UKMTO, as well as reviewing and updating risk assessments and plans to include new threats.

The European Union Naval Force (EUNAVFOR) and the Combined Maritime Forces (CMF) advised that a range of threats, except from piracy, like sea mines and water-borne improvised explosive devices WBIEDs, are potential risks in the area. The guidance also includes identified threat types, including WBIEDs and complements the guidance provided in BMP 4.

“We’ve been advised that these threats are real, and therefore decided to provide guidance for ships operating in the area. We have seen two incidents in January, and we want to make sure owners and operators are aware and advise their crews accordingly,” said Angus Frew, BIMCO Secretary General and CEO.

Because of the dangerous situation that is currently occurring in this area, it is important for company security officers and ship masters to be informed of these new threats, as the threat patterns and mitigating measures differ from the more familiar regional threat of piracy.

ICS Secretary General, Peter Hinchliffe mentioned: “This guidance supports the activity of military forces in the region, and adds a further layer to the awareness and preparedness of ships in the region. That trade continues through these waters demonstrates shipping’s resilience in the face of such threats. The ability of the industry to successfully risk assess dynamic situations in cooperation with State resources and naval operations ensures the continued safety and security of maritime trade”.

An amended guidance will be provided when the situation changes, according to credible threat and risk advice that is endorsed by military forces in the region and flag states.

This guidance is complimentary to and should be applied in conjunction with the application of BMP 4. Click on below image to download guidance: