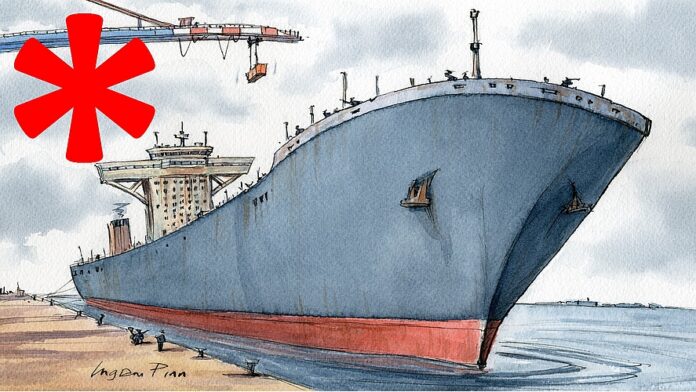 (www.MaritimeCyprus.com) Until 1956, most international cargo was manually packed in the holds of shipping boats by dock workers, and manually unloaded when it reached port. But in 1937, North Carolina trucking company owner Malcom McLean grew frustrated by how long this process took as he waited for workers to pack up cotton he'd trucked up to New York harbor, to be sent abroad.

McLean had the idea to use cranes to directly load truck trailers onto the ship. It took a while, but in 1956, he debuted the Ideal X — the very first container ship, a converted tanker that could carry 58 containers. The next year, he launched the much-larger Gateway City, which could hold 226 containers, stacked in racks.

During the 1960s, he launched even bigger container ships, and his company Pan American began to dominate the shipping industry — his system dramatically cut down on time in port, as well as the labor needed to load and unload cargo. The containers also helped secure goods, cutting down on theft. Other companies copied his methods, and shipping containers now come in standardized sizes (they are now 8 feet wide, 20 or 40 feet long, and 8, 8.5 or 9.5 feet tall). By the end of the 1970s, the majority of consumer goods coming to the US were being shipped by container.

Eventually, the trend led to an arms race between shippers, because larger boats meant lower shipping prices per container: roughly the same amount of sailors were needed on a ship regardless of size, and proportionately less fuel per container was needed to move larger ones.

This led to the huge growth in ship size we've seen. To accommodate these giant ships, ports were rebuilt, with vast yards to store the containers, huge cranes to load and unload them, and highway and rail terminals to send them directly on their way.