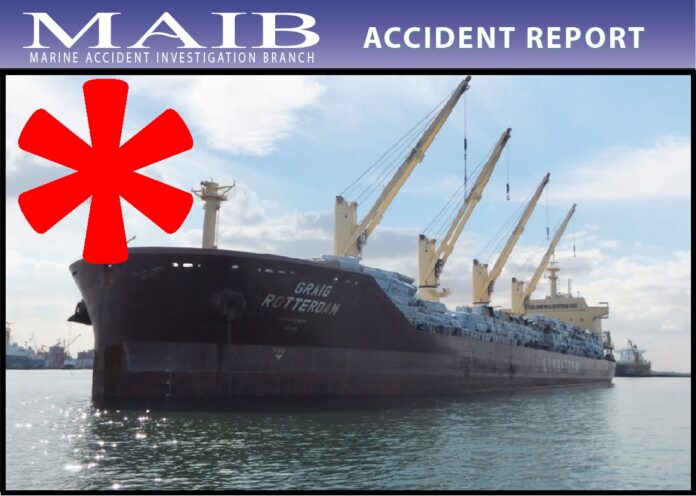 (www.MaritimeCyprus.com) The UK Marine Accident Investigation Branch (MAIB) issued the report of its investigation of the fatal accident onboard the bulk carrier Graig Rotterdam in Alexandria, Egypt on 19 December 2016.

The vessel was discharging a deck cargo of packaged timber. At 1109, the bosun, a Chinese national, fell overboard and into a barge that was secured alongside after the timber deck cargo stack on which he was standing partially collapsed.

Although the ship’s crew provided first-aid following the accident, the bosun later died of his injuries. Poor stevedoring practices probably contributed to the unsecured cargo stack collapsing, and no measures were in place to prevent the bosun from falling overboard as a result. With the deck cargo lashings removed, the cargo packages had insufficient racking strength to counter the effects of ship movement, cargo repositioning, dunnage displacement, barges securing to deck cargo stacks, and cargo discharge operations over a prolonged period.