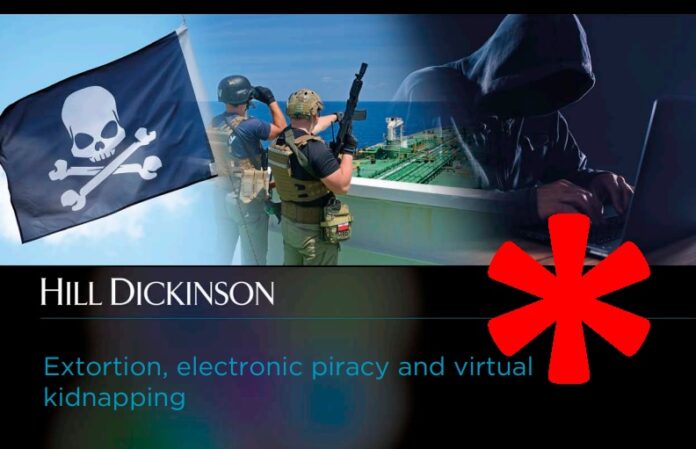 Crime exists wherever there is opportunity and inclination. The incidence of crime, most especially the dishonest extraction of funds out of the hands of those entitled to hold it and into the hands of those who are not, seems undiminished, merely the methods have changed; and some of the perpetrators show a remarkable and troubling ingenuity. But cyber risk obviously ranges far more widely than simple theft.

Cyber security is now ‘seen as an increasingly important issue following the large scale Petya and WannaCry attacks and a number of serious security data breaches at the National Health Service, TalkTalk, Yahoo and Tesco Bank’ (The Financial Times, 7 August 2017). And we are now told that hackers of Game of Thrones makers HBO have ‘upped the stakes by posting online more spoilers from the new series and demanding a multi-million pound ransom’ (Evening Standard, 8 August 2017); which is ironic given the somewhat bleak and lawless subject matter of the series.

The primary focus of this paper is theft by means of extortion, piracy, kidnap and product tampering, comparing the ‘old’ physical risks to the ‘new’ electronic risks. The paper also touches on other physical and electronic risks.

Background
Somali pirates always insisted on payment in United States dollars, which, as ransoms got ever bigger, presented considerable logistical difficulties in delivery (by armed truck to airports, by air, by waterproof canisters and parachute, pushed out of the back of light aircraft (indeed sometimes two aircraft), with cash in transit insurance, security etc.). As a sign of the times the alleged Game of Thrones hackers, instead of demanding dollars, euros or sterling (which might be traceable) are said to want payment of ransom in Bitcoin (Evening Standard, 8 August 2017).

The ‘Four Horsemen of the Apocalypse (the Perils)’ of special contingency cover (extortion, piracy, kidnap and ransom, product tampering/recall), however the policies may be named or described, are as present and as active as ever, where the ‘local’ circumstances permit, but have subtly (or unsubtly) morphed or changed their modus operandi to make best use of modern methods. No wonder, then, that it is often said that the most prized commodity is not now wealth, possessions or property, but security in all its manifestations, and most particularly security in the ether including the cloud (possibly to work hand in glove with privacy). Insurance covers of this type, with the multiple benefits that they might afford to an assured have, therefore, become highly desirable and the network of specialist claims adjusters, consultants and lawyers who handle them something of a necessity. The logic would be: if you cannot eliminate the hazard (and you probably cannot), insure yourself for the risk on such terms as may be available (if you can).

Property laws are only of any relevance if there is a system of civil and criminal law to enforce them. Whilst it is impossible to eradicate crime, in many countries in the West (and more widely in what had been called the First World), citizens and corporate entities have had over decades, if not centuries, ever-greater confidence that their property rights are clear and will be respected. And if they are not, in those states functioning under the rule of law, there exists the means to enforce them through the criminal or civil courts (at a price), however difficult the process may be and however recalcitrant the miscreant. The same is equally true of the rights of the person; the same is not necessarily true elsewhere.

But is the West, and the First World generally, as secure as it once was? Computerisation had once been thought to be a panacea, to offer the prospect of ever-greater leisure; although that might have created a world of fey and slightly mindless Eloi supported by threatening Morlocks. (Someone must do the work.) Paradoxically, it has resulted in less work and fewer jobs; and, in the case of some areas of economic activity, fewer people working longer hours, constantly in touch with work wherever they may be (so called agile working included). That in itself poses risks.

This is clearly a trend and it is not new: we have observed, with the spread of technology, the progressive disappearance of many types of work. With the Agrarian Revolution and the mechanisation of farming, people have been cleared off or have deserted the land. With the Industrial Revolution people, taken in from the land, have been progressively removed from industry and replaced by machines in factories (which perform repetitive tasks ceaselessly, hour upon hour without fault, fatigue or boredom). The quiet, spotless modern car factory is in stark contrast to the crowded and frenetic production line for the Model T, the cacophony of manufacture. With widespread computerisation and robotisation we see the prospect even in service industries (now the backbone of the British economy) of diminished involvement of people in the handling of words and numbers and the disappearance of paper, hard copy records and systems. We see the prevalence of the off-shoring and sub-contracting of data management; whether physically distant abroad or merely remotely on line, located wherever. And with all this we see the emergence of new risks. And it is not merely the ‘benign’ or ‘ordinary’ features of this progression that now emerge with increasing clarity (moved from one category of work or occupation to another), but the unpleasant, the threatening, the malign.

And this is without having regard to the potential impact of artificial intelligence, once the subject only of science fiction. As Arthur C. Clarke suggested, even the most loyal and dependable could, like HAL, be a cause of serious trouble (2001: A Space Odyssey). How long before we see the first glimmer of recognition and understanding in the red light of the computer (like HAL’s ‘eye’), followed by the first refusal to comply with instructions? A timely thought perhaps, when there has been debate in the press about the hazards posed by autonomous weapons, prior to the Artificial Intelligence Conference in Melbourne, which prompted comments about existential threat (The Times, 22 August 2017). Perhaps, as one correspondent to The Financial Times has recently suggested, not necessarily tongue in cheek, it is time to mandate Azimov’s three laws? To view it from another perspective, ‘robocalpypse’ may be upon us (The Sunday Times, 27 August 2017).

Read more by clicking below image to access the full paper.