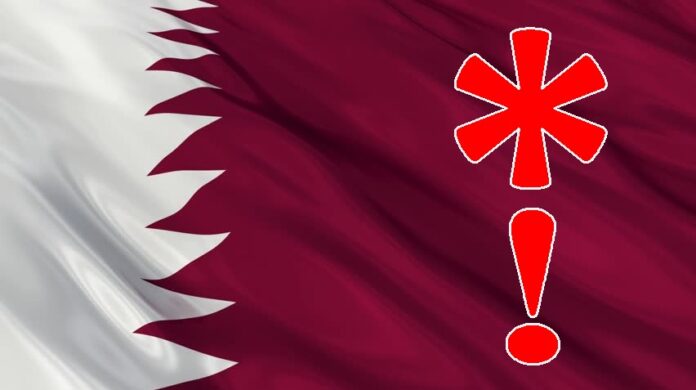 On 5 June 2017, Saudi Arabia, the UAE, Bahrain and Egypt severed diplomatic ties with the State of Qatar. Reports indicate that the move against Qatar is also supported by Yemen, a secondary government in Libya and the Maldives. The group of nations, which also include (apart from the above mentioned), Saudi Arabia, Bahrain and the United Arab Emirates, have cited Qatar’s support for Islamist groups and alleged meddling in the affairs of other states.

A growing number of ports in these countries have placed restrictions on vessels calling at Qatar or that have come from a Qatari port.

Here follows a summary of what has been gathered so far:

UAE
The Saqr Port Authority has advised that as part of the decision taken by the UAE announcing diplomatic and economic measures against Qatar, including the closure of land and maritime borders to vessels and road traffic, vessels flying the Qatari flag and vessels wishing to load for Qatar will not be allowed to berth at Saqr, Ras Al Khaimah, RAK Maritime City, Al Jazeera or Al Jeer ports until further notice.

The Government of Sharjah’s Department of Seaports and Customs has advised that the following vessels will not be permitted to call at Sharjah Seaports Authority ports and anchorages under any circumstances:

The harbour master of Fujairah Port has also issued the following statement: “Vessels flying the flag of Qatar or vessels destined for or arriving from Qatar are not allowed to call at the Port of Fujairah and Fujairah Offshore anchorage regardless their nature of call until further notice.”

Click here to read the Port of Fujairah notice in full.

It has also been confirmed that no Qatari nationals are being allowed into Fujairah port for any purpose.

With Fujairah Port being a major bunkering port, there will be a considerable challenge for the Omani ports of Sohar and Salalah to meet a sudden surge in bunkering demand due to a lack of infrastructure, barges and supply availability.

The Port of Salalah has advised that due to deteriorating swell conditions, ship-to-ship operations and normal boat/tug services are suspended at anchorage until the end of the monsoon season in September.

Please note that some port authorities are issuing sometimes conflicting circulars regarding the restrictions they are placing on vessels and cargoes.

The Chief Harbour Master of Abu Dhabi Ports has confirmed that all Qatari-Flagged vessels and all vessels arriving from or destined to Qatar, irrespective of flag, are banned from calling at any port under the control of Abu Dhabi Ports or its anchorage.

But reports have emerged that Abu Dhabi Petroleum Port Authorities have eased restrictions on oil tankers going to and from Qatar. The body is said to have issued a new circular removing previous restrictions on non-Qatar owned, Flagged or operated vessels, reports Reuters.

The news agency reported on Wednesday 7 June that two VLCCs had loaded Abu Dhabi grades, despite having taken Qatari crude in an earlier leg of the voyage – however, INTERTANKO has not yet been able to confirm any easing of restrictions.

In Dubai, DP World has imposed similar restrictions as other UAE ports, namely that all Qatari-Flagged vessels and all vessels arriving from or destined to Qatar, irrespective of Flag, are banned from calling at DP World.

Click here to read the DP World notice in full.

Bahrain
The Ports and Maritime Affairs at Ministry of Transportation and Telecommunications has advised: “All Bahrain Ports and territorial waters will remain suspended for marine navigation from and to State of Qatar effective from 6 June 2017.”

Saudi Arabia
Saudi Ports Authority has advised that all vessels bearing the Flag of Qatar, owned by a Qatari company/person or carrying Qatari personnel, will be denied entry into all Saudi Arabian ports. Any goods with Qatar origin or issued by Qatar should also not be discharged in Saudi Arabian ports.

Egypt
Egypt has announced it will adhere to the Constantinople Agreement and allow free passage to Qatar vessels using the Suez Canal.

The Constantinople Agreement means that Egypt is prevented from forbidding free passage of any vessel through the Suez Canal unless there is a war between Egypt and that country.

There are, however, conflicting reports regarding the use of ports in Egypt.

INTERTANKO advises Members who have vessels calling at Qatar and have called at, or are destined for Yemen, Libya’s eastern government, Egypt, Saudi Arabia, Bahrain or the UAE to check with their local agents to see if the political situation affects them. These developments mark an unprecedented change in Middle Eastern relations, which will undoubtedly affect companies with trade routes to or from Qatar.

Analysts suggested that companies with large trade volumes or retail operations in Qatar are likely to be most affected. These include logistics and shipping companies.

Whilst all the aspects which may result from the current restrictions on Qatar are not yet apparent, we envisage the following operational implications are likely to be the most immediate in the shipping sector, all of which will have cost repercussions on the affected parties:

Of course, the exposure of businesses to the current Qatari trade restrictions may be covered by insurance. It may also be managed through applicable contractual and local legislative provisions within the Middle East, including those which deal with force majeure and deviation.

We expect to have more visibility on the operational and legal implications of the restrictions against Qatar as the matter unfolds. In any event, for the time being, there is no indication of the dispute de-escalating.