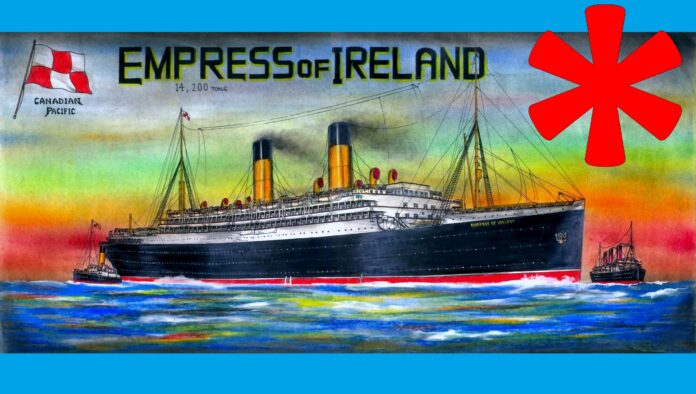 This Canadian ocean liner sank in the Saint Lawrence River following a collision with a Norwegian collier in the early hours of May 29, 1914, due to heavy fog.

It took just 14 minutes for the St. Lawrence River to swallow the Canadian Pacific’s RMS Empress of Ireland in the pre-dawn of May 29, 1914. The disaster claimed 1,012 lives (840 passengers, 172 crew). More passengers, but less crew, perished in this tragedy than in the infamous Titanic sinking of 1912, and the catastrophe ranks as Canada’s worst maritime disaster.

Many people in the lower portion of the ship drowned instantly. The ship listed so quickly to the side that launching lifeboats became impossible, and only 465 survived. The subsequent investigation into the incident was largely inconclusive due to the conflicting testimony of the witnesses, but Canadian Pacific Railway, the owner of the passenger ship, ultimately won an award of $2 million damages from the owner of the coal ship.